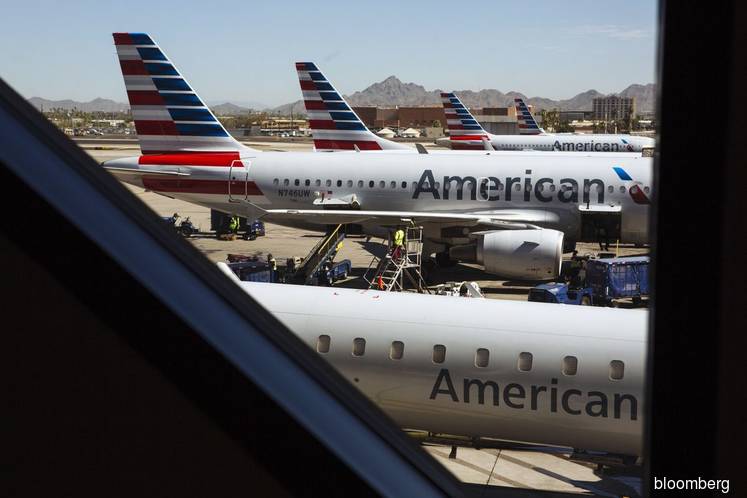 (Feb 26): U.S. airlines posted the biggest two-day drop in more than three years on deepening fears that the spread of the coronavirus will further stymie travel.

American Airlines Group Inc. led the decline Tuesday, tumbling the most on the S&P 500 and reaching the lowest since its 2013 merger with US Airways. President Donald Trump’s administration is considering whether to adopt more restrictions on air travel because of the outbreak, White House economic adviser Larry Kudlow said.

“It’s under discussion,” Kudlow said. “I’m going to wait on that. I don’t want to get ahead of my skis or their skis. It’s all under discussion. You have constant round-the-clock meetings going on around here in the White House. All the agencies are cooperating.”

The airline rout was the worst on the S&P 500 Index as U.S. stocks plunged to a two-month low, dragged down by worries over the virus’s economic impact as it expands beyond China. New clusters of cases have emerged in Italy, Iran and South Korea. The Centers for Disease Control and Prevention said Americans should prepare for significant disruptions to daily life if the coronavirus begins to spread locally in the U.S.

“We believe that a complete recovery in traffic by the fourth quarter could be optimistic, and that it may take until 2Q 2021 at the earliest for traffic to return to normal,” Helane Becker, a Cowen & Co. analyst, said in a note. Becker noted that conferences have been canceled in some areas that haven’t seen cases of the virus, and that air travel demand has declined in areas of Asia outside of China.