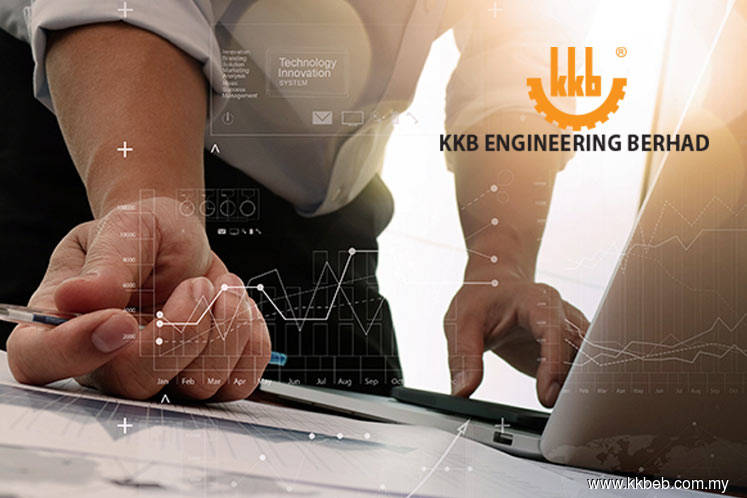 KKB Engineering Bhd
(Nov 14, RM1.49)
Maintain buy with an unchanged target price (TP) of RM1.52: KKB Engineering Bhd posted a revenue of RM165.5 million (+47.5% year-on-year [y-o-y]) in the third quarter of financial year 2019 (3QFY19). Accordingly, the cumulative quantum was RM403 million in the nine months of FY19 (9MFY19), growing at 49.3% y-o-y. For 3QFY19, the group reported normalised profit attributable to shareholders after non-controlling interest of RM12.4 million (+>100% y-o-y), taking the cumulative amount to RM21.1 million (+>100% y-o-y) in 9MFY19, after deducting RM6.9 million one-off gain, following the amicable settlement reached between its wholly-owned subsidiary KKB Builders Sdn Bhd and Global Upline Sdn Bhd. Impressively, the company’s normalised earnings were still ahead of our and consensus expectations, coming in at 143.8% and 130.5% respectively.

The engineering segment progressed well with revenue up 29.3% y-o-y to reach RM76.7 million (3QFY18: RM59.3 million), from higher progress billings of ongoing projects. The Sarawak stretch of the Pan Borneo Highway is a huge income contributor, which we expect to last until 2021. Other notable contributions came from two projects under Sarawak’s water supply programme which the group clinched this year.

Revenue from steel fabrication was 81.4% higher y-o-y at RM72 million, derived from engineering, procurement, construction, installation and commissioning of wellhead platforms for D18 Phase 2 and four other oil and gas (O&G)-related fabrication works. Accordingly, we anticipate huge contribution from this segment towards year-end, as some of the works are approaching completion. We understand that KKB Engineering’s OceanMight Sdn Bhd has been actively bidding for new contracts as it continues to strengthen its income base. Positively, OceanMight is well recognised, an advantage which will support its long-term growth.

As at Sept 30, the group’s unbilled job was RM700 million in value with visibility until the first half of 2022 (1H22). The O&G segment contributed the largest amount to its tender book at around RM355 million. We understand any awards from this segment would likely materialise in 1H20.

Potential jobs for water supply and pipe manufacturing remain attractive with KKB Engineering already bidding for jobs worth RM156 million. Accordingly, jobs from the segment are expected to be awarded in 1H20 as well.

We revised earnings with higher progress assumption for construction and steel fabrication works, taking into account the faster completion rate in 3QFY19. This forms a significant component in our FY19 forecasts, which warrants us to raise our earnings estimate by 43.5%. However, we maintain our FY20 numbers as our assumption for job replenishment remains unchanged.

Our unchanged TP implies a price-earnings ratio of 21 times of FY20 earnings per share. The TP is pegged at a higher price-to-book value of 1.2 times (+1 standard deviation of one-year average) that is reflective of (1) the growth prospect in the O&G engineering segment, (2) the recovery in earnings margin, and (3) its niche expertise to benefit from Sarawak’s long-term master plan. KKB Engineering’s latest share price presents an attractive entry point for investors. Downside risks to our call are slower-than-expected progress billings; surprise contraction in margin; and slowdown of job flows. — MIDF Research, Nov 14