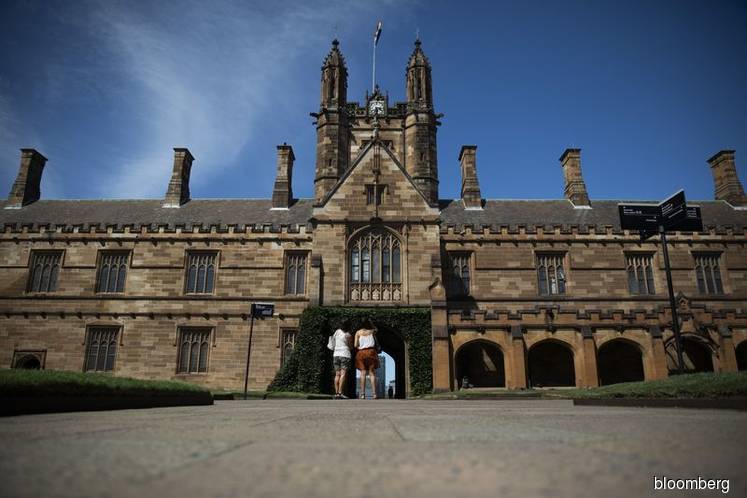 SYDNEY (April 7): When the coronavirus outbreak triggered travel bans during the Lunar New Year holidays, about 100,000 Chinese students were stranded at home and unable to return to Australia. Siqi Li, a 23-year-old Master of Science student from Guangdong province, was one of them.

“The first thing I felt was really panicked,” said Li, who had to spend two weeks in Malaysia before authorities would let her into Australia. She’s now living in lockdown and trying to study online after the University of Melbourne switched to a virtual campus.

The outbreak has jolted universities worldwide, upending a multi-billion dollar international student market that underpins the finances of many leading institutions. With about one in six international students hailing from China, the upheaval has highlighted the risks of over-relying on the world’s second-largest economy — an issue the education industry will have to confront once it emerges from the crisis.

Few establishments understand this better than the University of Sydney, Australia’s oldest, where Chinese made up 24% of the total student population last year.

On March 3, before strict social distancing rules started to bite, the university projected a more than A$200 million (US$121 million) shortfall in its A$2.8 billion budget due to the virus. All classes have since been moved online and the university says it’s too early to estimate the financial cost.

New York University, which has 3,000 undergraduate students from China, is concerned that international students who are unable to enter the U.S. may have their visas revoked.

“NYU is home to the largest number of international students, so this outbreak does put us in an interesting position,” said Josh Taylor, associate vice chancellor of global programs and mobility services.

The rise of China’s middle class and the status afforded by a degree from an international university have seen an exponential increase in the number of Chinese being educated overseas.

Enrollments have surged from about 134,000 in 1996 to just over 928,000 in 2017, according to the most recent data from the United Nations Educational, Scientific and Cultural Organization.

Their value to the global economy is clear. Chinese spend an estimated US$30 billion a year on overseas tuition alone, according to Salvatore Babones, a political sociologist at the University of Sydney. Add in living expenses, and that expenditure is greatly magnified.

The crisis, at least temporarily, has exploded beyond just international students. Prestigious institutions from Harvard University to the London School of Economics have closed or restricted access to campuses indefinitely to blunt the spread of the virus.

With a business model often dependent on continuous growth in enrollment and room-and-board fees, the uncertainty around when campuses may reopen, is a significant headwind.

The crisis offers China the opportunity to promote its own universities as online lectures and life in lockdown take the luster off a foreign degree experience, according to Babones. And that may pose a longer-term challenge to the education sector internationally.

Li says many of her friends were upset by the travel ban — an anger that may influence where they choose to study in the future.

“They really can’t blame anyone in China, so they blame the Australian government,” she said.

Unable to do laboratory work and disappointed that she won’t be able to graduate as planned at the end of this semester, she faces a difficult decision.

“My parents asked me whether I wanted to go back to China, and I thought about it. There’s no reason for me to actually stay here, doing online courses and not being able to attend the lab,” she said. “Whether I go back or not, the consequences are so far pretty bad.”