United Malacca to acquire 83% stake in Indonesian planter for RM285m 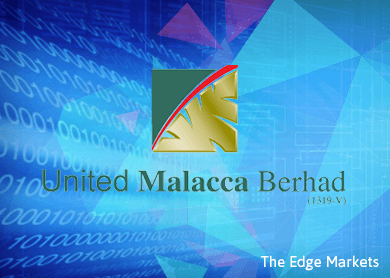 It also has in hand, a location permit over 350 ha of land for refinery and bulking station in the Kapuas Kuala district of Kapuas Regency, also in Kalimantan Tengah, Indonesia (the refinery land).

“The proposed acquisition is in line with UMB’s long term strategy to increase its interest in the palm oil industry and to focus its financial resources in further expanding its plantation operations, both domestically and regionally.

“The proposed acquisition represents another positive step by UMB group towards realising its vision of establishing the group as one of the major players in the plantation industry,” said the company in a filing with the exchange.

With the completion of the acquisition, UMB’s total plantation landbank will more than double to 48,695 ha, from the current 24,110 ha.

The exercise will also accelerate its upstream expansion, as some 10,366 ha have already been planted, with about 10,140 ha aged less than five years.

“As such, with a fairly young crop profile, the proposed acquisition is expected to contribute positively to the earnings, as well as shareholders’ value of the group in the future, as the plantation[s] mature and reach their prime age,” said UMB.

The company has secured a term loan of up to US$50 million from OCBC Bank (Malaysia) Bhd to finance the purchase consideration, with the balance to be funded by internally-generated funds.

It expects to complete the acquisition by the first quarter of 2016.

UMB closed one sen or 0.17% higher at RM5.86 today, bringing its market capitalisation to RM1.22 billion.