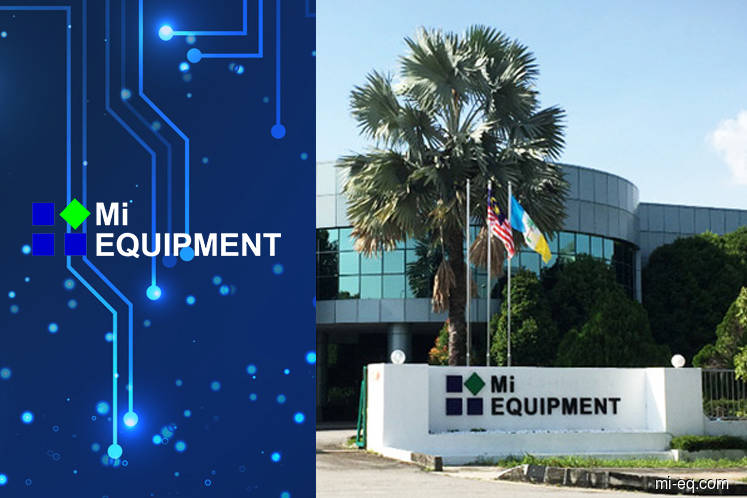 Mi Equipment Holdings Bhd
(Sept 14, RM2.93)
Maintain buy with a higher target price (TP) of RM3.49: In our view, Mi Equipment Holdings Bhd has made a significant breakthrough in the second quarter of 2018 (2Q18) whereby it delivered its first units of Si- and Li-series equipment, which essentially opens itself to the fan out wafer level packaging sorting equipment (Li series) and testing equipment (Si series).

We had initially thought that most of Mi’s newer products were primarily at the development stage and built for its customers for demonstration purposes only.

The quicker-than-expected penetration into these new market segments highlights Mi’s product quality and demand for its products.

The good news is Mi would be able to grow its order book backlog for this new equipment and make full use of its new Bayan Lepas factory capacity, once it comes on stream in 1Q19. This should at the same time quash concerns over underutilisation at its new plant.

The other positive in 2Q18 was securing a new customer. As Mi grows and diversifies its customer base, this should further enhance its growth while reducing future earnings volatility.

Management also guided that it had kick-started its precision-engineering business, which would eventually be parked at its future Batu Kawan facility in Penang.

We raise our 12-month TP for Mi to RM3.49 from RM2.57 based on our revised 2018-2020 estimate earnings per share and a higher target 2019 estimate price-earnings multiple of 20 times (from 17 times), given the removal of utilisation concerns at its new facility.

We remain positive on Mi as a proxy to growth in the adoption of wafer level packaging, and reaffirm a “buy” call.

The downside is cyclicality risk of the semiconductor industry. — Affin Hwang Capital, Sept 14