Zahid: UMNO withdraws support for PN, calls for Muhyiddin to step down for temporary Prime Minister 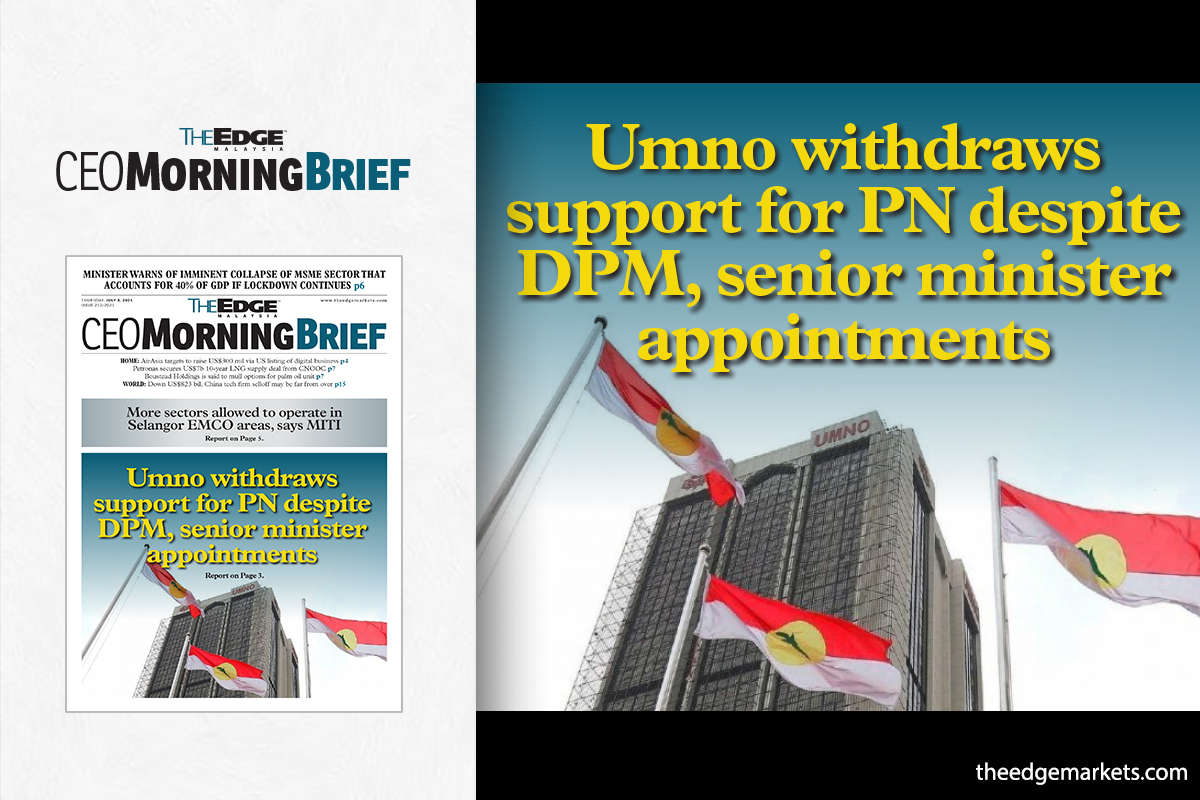 Zahid also called on Prime Minister Tan Sri Muhyiddin Yassin to step down from his post to allow for the appointment of a temporary prime minister who will focus on the people’s wellbeing, address the Covid-19 pandemic and ensure that the vaccination process is expedited.

He added that UMNO does not support any effort in naming Datuk Seri Anwar Ibrahim as a candidate for prime minister, nor will it support any DAP/PH-led government.

In a Facebook live broadcast following the conclusion of the over four-hour long Supreme Council meeting, Zahid said the PN Government had failed to meet the seven conditions outlined by UMNO for the party to continue supporting the government.

Among the shortcomings of the government he listed out were its alleged failure in effectively addressing the pandemic, noting the inconsistent policies and the “half-baked” Movement Control Orders (MCO).

He also pointed out that the number of deaths had increased from around 2,800 to over 5,700 within 38 days of the announcement of the total lockdown.

Besides that, he said the PN government had misused the proclamation of emergency by using it for political purposes rather than to help the people, pointing out the practice of double standards in enforcement.

Zahid also claimed that the government has been slow in managing assistance for the people; has failed to reassure the public that it has the people’s best interests in mind; failed to ensure political and economic stability which drove away investors; and had trivialised the Yang di-Pertuan Agong’s command to allow the convening of Parliament to debate the Emergency Ordinance and the National Recovery Plan.

“Based on the seven items above, it is clear that the government led by Prime Minister Tan Sri Muhyiddin Yassin has failed to meet all the guidelines outlined by the UMNO Supreme Council on March 11, 2020 as conditions for continued support.

“In fulfilling the unanimous mandate of the delegates at the UMNO 2020 General Assembly and guided by the seven failures of the government to  meet the outlined aspirations of the people, the UMNO’s support for Tan Sri Muhyiddin Yassin as prime minister is withdrawn and ceased immediately,” he said.

On the appointment of a temporary prime minister, Zahid said once herd immunity has been achieved, he said the new premier should immediately advise the King for the 15th General Election to be held.