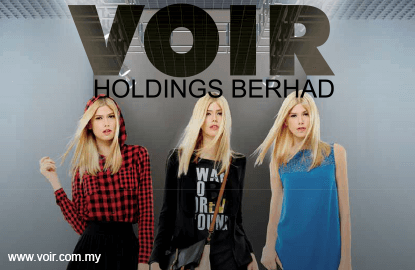 In a filing with Bursa Malaysia today, Voir said that Mohd Amir and Hazlina Hamid have both ceased to be substantial shareholders in Voir, through the disposal of 3.95 million indirect shares held through Ulasan Teguh Sdn Bhd.

The shares were disposed at 40 sen per share on Sept 4, 2015, resulting in a disposal consideration of RM1.58 million.

After the disposal, Amir holds some 5.97 million shares in the company, representing a 4.97% stake, from a 8.27% stake previously.

Voir shares were last traded on Sept 2 at 40 sen, for a market capitalisation of RM48 million.

In its latest financial quarter ended June 30, Voir widened its net loss to RM4.63 million, from RM2.9 million in the previous corresponding quarter, on the back of declined revenue of RM29.91 million, down 16% from RM35.76 million.