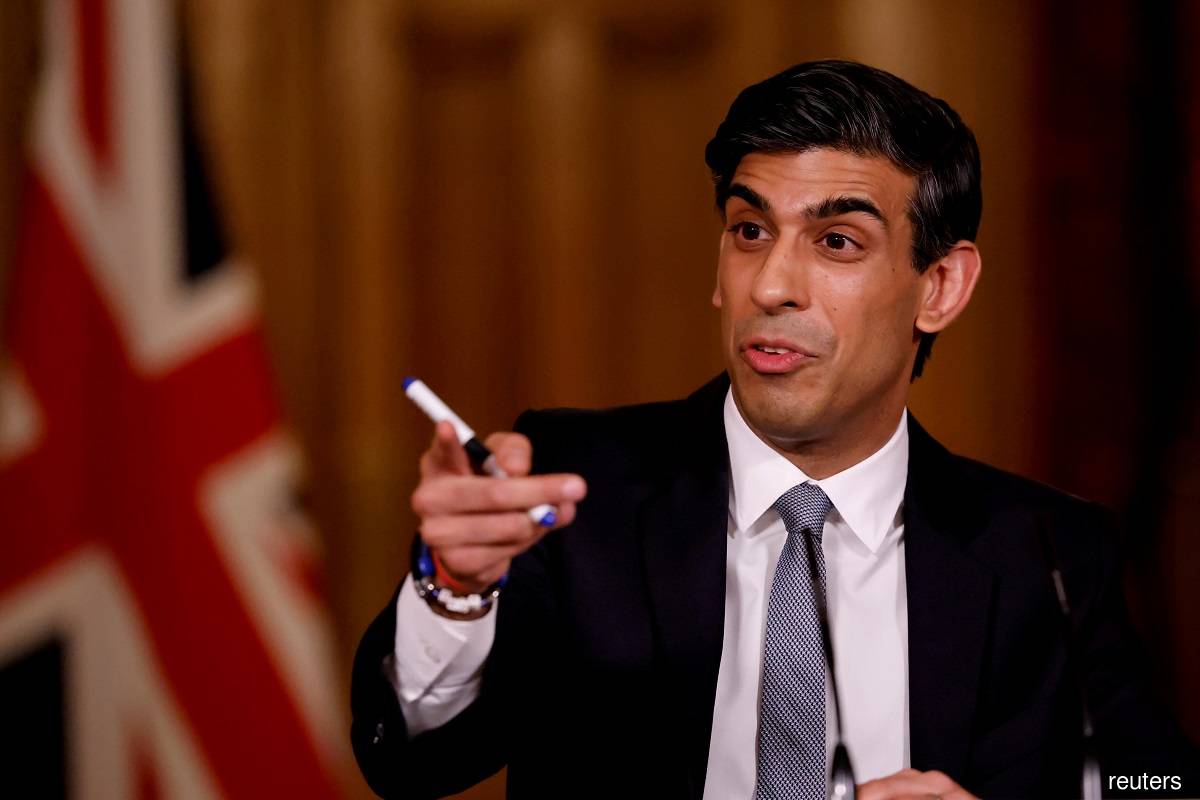 LONDON (Aug 1): Chancellor Rishi Sunak has urged an easing of the UK's travel restrictions, which he said are damaging the country's tourism industry and overall economy.

Sunak wrote of his concerns to Prime Minister Boris Johnson before ministers are due to discuss August travel guidelines this week, the Sunday Times reported.

In the letter, Sunak said UK border policy was out of step with international competitors, and did not take advantage of the UK's vaccine roll-out, the newspaper wrote.

About 72% of UK adults are fully vaccinated and 88% have had at least a first dose, according to government figures. That helped limit severe outcomes including hospitalisations and deaths as cases rose sharply into mid-July. Daily positive tests have receded since then.

Sunak is concerned that the restrictions in place are harming UK companies competing with European counterparts in conducting business with the US, the Times reported.

Ministers will not have access to data from the Joint Biosecurity Centre until early this week and will discuss travel restrictions on Thursday.

Under the UK's "traffic light" system, as many as a dozen countries are expected to be moved from the amber to the green list, the Times reported.

France will probably revert to amber from "amber plus", in which fully vaccinated travellers have to go into quarantine on their return. The new designation was created in response to reports of growing cases there of the beta variant first discovered in South Africa. The recent jump in UK cases was mostly of the delta variant.

The UK Department of Health and Social Care is also considering ways to encourage vaccinations among 18- to 29-year-olds by offering vouchers and discounts for taxi and delivery brands including Uber and Deliveroo.

The Telegraph reported that Cabinet ministers had said if take-up was sufficient among young people, it could head off the need for contentious vaccine "passports" at venues such as nightclubs.

Last week, US President Joe Biden called on states and local governments to offer Americans US$100 for being inoculated, using federal aid funds, saying: "Please, please get vaccinated. We just need to finish the job."