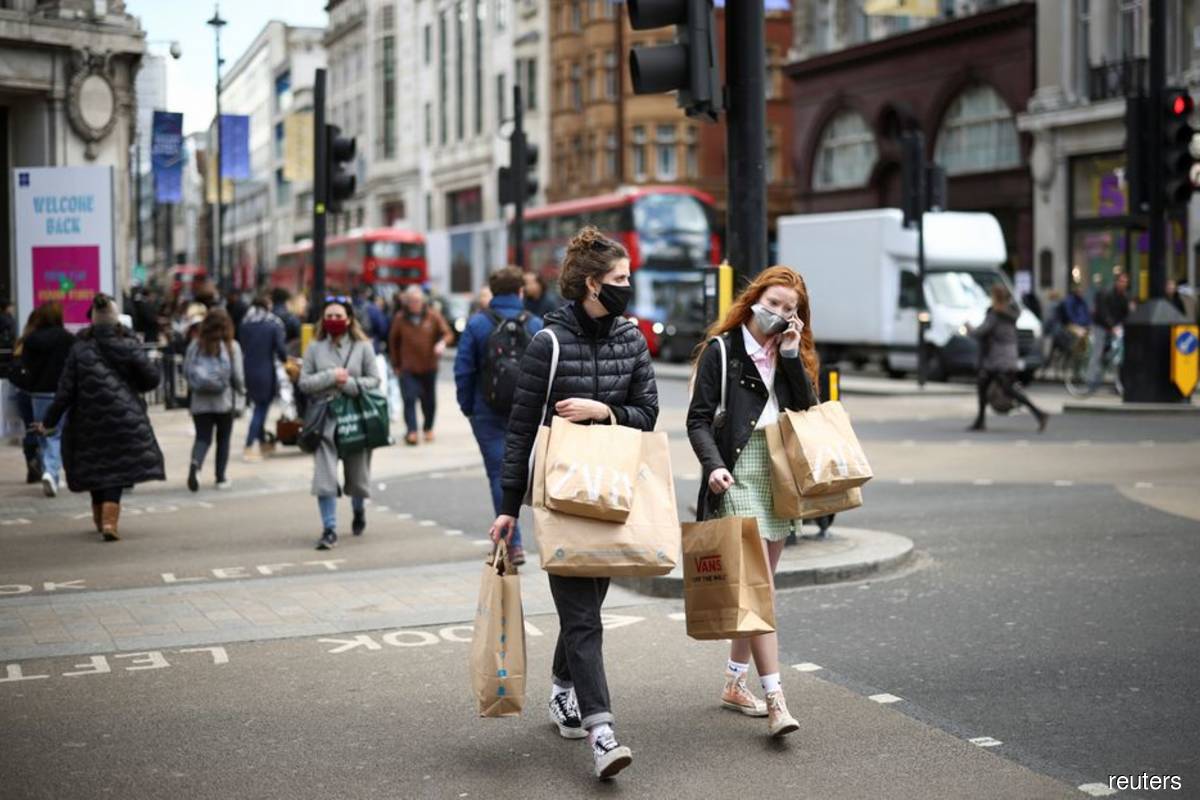 (July 19): Boris Johnson’s plan to get the U.K. back to normal is in disarray, with infection cases soaring and a public outcry over the prime minister’s perceived attempt to dodge coronavirus isolation rules.

Pandemic restrictions are ending in England on Monday, a moment that was meant to herald the full reopening of an economy battered by its deepest recession in 300 years.

Johnson is fighting to regain his credibility after a furious backlash forced him and finance minister Rishi Sunak to drop their initial intention to not isolate. They held meetings with Health Secretary Sajid Javid, who Saturday announced he had tested positive for Covid-19.

The furore — overshadowing what U.K. media have called “Freedom Day” — is a deep irony for Johnson. It graphically demonstrates the perils the premier faces as he tries to break the U.K.’s cycle of lockdowns and revive economic activity while ensuring state-run hospitals are not overwhelmed.

The 10-day isolation rule for close contacts of Covid patients has caused disruption across England, leaving public transport and other companies on the brink of crisis due to staff shortages.

Johnson and Sunak had both been contacted by the National Health Service and told to stay home but announced Sunday morning that they would take part in a trial program allowing them to take regular tests instead, while continuing to go to work and carry out essential government business.

The decision sparked an immediate storm on social media and within three hours the pair had reversed course. In a video message, Johnson tried to explain.

“We did look briefly at the idea of us taking part in the pilot scheme which allows people to test daily, but I think it’s far more important that everybody sticks to the same rules and that’s why I’m going to be self-isolating until Monday 26th July,” Johnson said.

Like so many people I've been pinged by NHS Test and Trace as I have been in contact with someone with COVID-19, and I will be self-isolating until Monday 26th July.
— Boris Johnson (@BorisJohnson) July 18, 2021

But by then the damage was done.

The question now is whether voters will continue to listen to government guidance on how to act responsibly with infection rates still high and the summer luring many on long-awaited holidays.

Laws requiring people to wear face masks on trains and sit at socially distanced tables in bars and restaurants are expiring. But a poll for YouGov Plc on Friday showed 60% of Brits are feeling increasingly nervous about the restrictions lifting.

Neil Ferguson, an epidemiologist from Imperial College London whose modeling was key to the first lockdown, told the BBC on Sunday: “I think 100,000 cases a day is almost inevitable.” Javid himself gave a similiar figure earlier in July.

The inconvenience and fresh economic damage created by the NHS’s test and trace system, designed to slow the virus’s spread, has infuriated businesses.

The system has created acute worker shortages across industries ranging from retail stories to car factories, and there have been reports the app is over-zealous and can even identify neighbors as contacts through house walls.

According to the Adam Smith Institute, 1.73 million people are currently isolating after being contacted by the app to say they’ve been in contact with a positive Covid case. That figure could rise to 5.2 million people by mid-August, the research group said.

The political peril for Johnson also reflected criticism that his officials often haven’t followed the rules that they set for regular people. Examples include a lengthy road-trip then-adviser Dominic Cummings made at the height of the pandemic’s first wave, and former Health Secretary Matt Hancock getting caught kissing an aide.

Sunak acknowledged those concerns in a tweet, saying that “I recognize that even the sense that the rules aren’t the same for everyone is wrong.”

Johnson in his video urged the country to “please, please, please be cautious,” and in remarks released by his office asked younger adults to come forward for their vaccines.

A decision on whether to vaccinate under-18s is due in the next few days. The spread of the delta variant has pushed the U.K. infection rates toward records. Hospitalizations are at the highest since late March, although they’ve risen at a slower pace than new infections.

The delinking of rising cases from severe health outcomes has been one of the government’s justifications for lifting restrictions, even though many scientists and other critics say the move is coming too soon.

“I’ve said consistently that lifting all restrictions in one go is a mistake, it’s reckless,” opposition Labour leader Keir Starmer said in a statement.