UK housing market on hold due to coronavirus crisis: Halifax 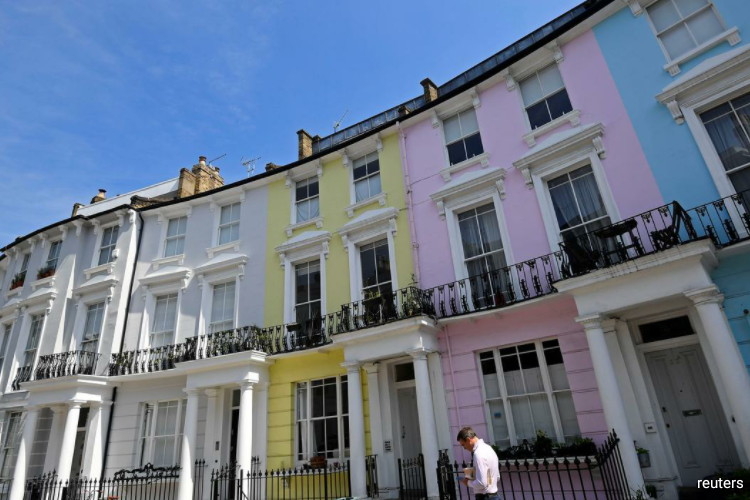 Halifax said house prices in March were flat month-on-month - the first time they did not rise in five months - after a 0.2% rise in February. (Photo by Reuters)

LONDON (April 7): Britain’s housing market is largely on pause due to the government’s coronavirus lockdown which will make it hard to calculate price changes, but it is too soon to gauge the long-term impact, mortgage lender Halifax said.

Halifax said house prices in March were flat month-on-month - the first time they did not rise in five months - after a 0.2% rise in February. A Reuters poll of economists had pointed to a 0.1% uptick.

In annual terms, house prices rose 3.0% in March, speeding up from growth of 2.8% in February but a smaller increase than the Reuters poll forecast of 3.3%.

“However, it’s clear we ended the month in very different territory as a result of the country’s response to the coronavirus pandemic,” he said, echoing comments by rival lender Nationwide last week.

“On a practical level, most market activity has been paused,” Galley said.

The government has urged people to avoid moving home during the outbreak. It has also ordered much of the economy to close, leading to an expected steep recession in the first half of 2020.

“Activity will inevitably fall sharply in the coming months,” Galley said. “It should be noted that with less data available, calculating average house prices is likely to become more challenging in the short-term.”

But it was too early to assess what long-term impact the current lockdown might have on the UK housing market, he said.

“We continue to have confidence in the fundamental strength of the housing market and remain ready and willing to lend on new mortgages,” Galley said.

Howard Archer, an economist with EY Item, a forecaster, said once the government restrictions begin to be lifted, the housing market should get going again.

“Even so, given the major hit that the economy is taking, the likely substantial rise in unemployment and the hit to many people’s incomes, the housing market looks unlikely to return to the levels seen at the start of 2020 for some time,” he said.