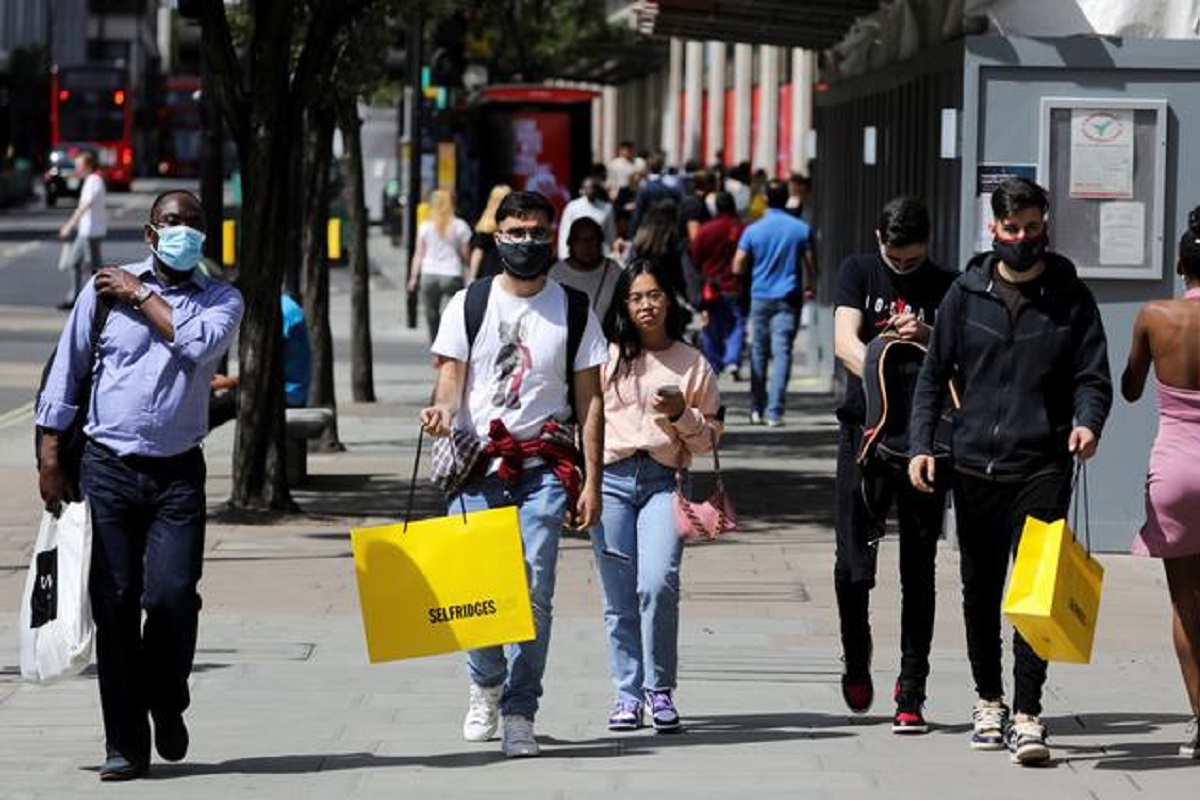 LONDON (Sept 11): Britain's economy recovered half of its Covid-19 crash by the end of July, helped by pubs and restaurants reopening from lockdown, but the bounceback is expected to slow as job losses mount and Brexit tensions rise.

After shrinking by a record 20% in the second quarter, output expanded by 6.6% in July, slower than June's monthly rate, the Office for National Statistics (ONS) said today.

Economists polled by Reuters had expected growth of 6.7%.

Finance minister Rishi Sunak welcomed the figures but added that people were rightly worried about the coming months.

The economy remains 12% smaller than its level in February, before the pandemic hit Britain.

"July was probably the last of the big step-ups in activity and a full recovery probably won't be achieved until early 2022," Thomas Pugh, an economist with Capital Economics, said.

In response, the Bank of England was likely to ramp up its bond-buying stimulus programme by a third, or £250 billion, Pugh said.

Britain's economy suffered the sharpest second-quarter fall of any Group of Seven nation in the April-June period.

Hopes for a swift rebound have faded as businesses struggle to cope with social-distancing rules and many people remain reluctant to travel on public transport or go to crowded places.

Tensions between London and Brussels over a post-Brexit trade deal are also mounting.

Furthermore, unemployment is expected to rise sharply because Sunak has ruled out extending his coronavirus job retention scheme which is due to expire at the end of October.

Parliament's Treasury Committee urged Sunak to "carefully consider" a targeted extension of the scheme and other support measures, a call echoed by the head of a major employers group.

Carolyn Fairbairn, director general of the Confederation of British Industry, said she was in "deep conversation" with the government about a more selective version of the job subsidies scheme to avoid long-term job losses.

"We need to make sure that other countries, for examples Germany, France, Australia, others who have put in place schemes like this, don't steal a march on our economy at this time," she told Sky News.

The pound fell slightly against the dollar as today's data showed output in Britain's dominant services sector was a bit weaker than expected. Growth in the much smaller manufacturing and construction sectors exceeded forecasts.

The European Union told Britain yesterday it should scrap a plan to breach their divorce treaty, but Prime Minister Boris Johnson's government refused and pressed ahead with a draft law that could sink four years of talks.

"We are far from out of the woods yet," Tom Stevenson, investment director, personal investing, at Fidelity International said, pointing to rising Covid-19 infections, new rules on social gatherings, and the end of the furlough scheme.