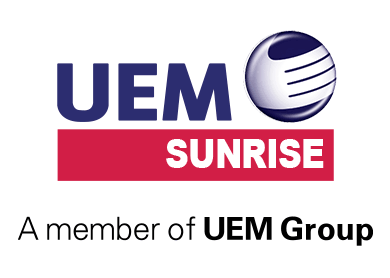 Revenue for 3QFY14 dropped 30.6% to RM471.14 million from RM678.51 million in 3QFY13, primarily due to strategic and Puteri Harbour land sales in 3QFY13 of RM288 million. Excluding these land sales, the property development revenue increased by RM42 million.

"Excluding these land sales, the property development revenue increased by RM139 million in 2014," it added.

"This has prompted the group to make the strategic decision to defer the launches of several high-end high rise projects originally planned for the current year and focus more on new landed residential development projects as well as affordable homes," said UEM Sunrise.

However, the group's unrecognised revenue remains strong at RM2.8 billion as at Sept 30, 2014.

"The land transactions with KLK Land Sdn Bhd and Motorsports City are scheduled for completion by year-end," it said.

Commenting on its a A$757 million maiden project in Melbourne called "Aurora Melbourne Central", UEM Sunrise said the project has been launched last month after obtaining its planning permit.

"The group is expected to convert a substantial part of these bookings into sales by year-end and this will contribute towards the group's sales target for the year," said UEM Sunrise.