UEM Edgenta doubles down on technology to address dwindling margins 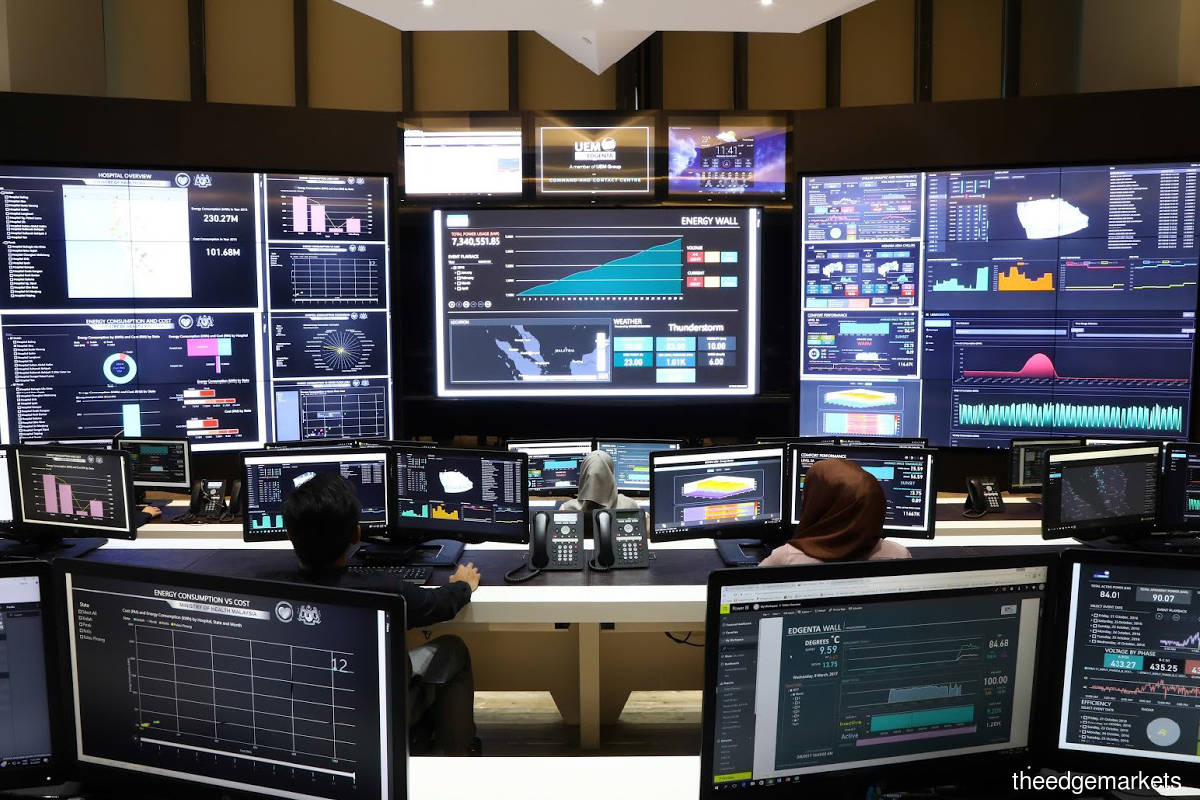 THE closing of borders around the world because of the Covid-19 pandemic has forced many companies in the service industry to focus on their domestic markets in the interim. In the face of competition, a number of them are cutting prices at the expense of margins.

However, instead of competing on price, UEM Edgenta Bhd is doubling down on technology to offer better products and services, says CEO Syahrunizam Samsudin, adding that this is also a way to address the group’s rising cost structure.

As a large company, UEM Edgenta likely has more leeway to play with margins, but Syahrunizam does not think that will help the group moving forward when it comes to investing in technology. Moreover, he believes that as a government-linked company (GLC), it has an important role to play. “I think, always in this country, we sacrifice innovation and technology because we want to maintain assets within a certain cost envelope, which I think is unfortunate. In this current state and where we are today, we have to focus on technology more aggressively, not just for SMEs (small and medium enterprises) and e-commerce for example, but generally across the board. We have to do it and I think, as a GLC, this is one of our roles in defining the market,” he says.

Syahrunizam joined the board of UEM Edgenta in July, coming from e-wallet provider Touch ’n Go Sdn Bhd and prior to that, Scomi Group Bhd and Petroliam Nasional Bhd. The 47-year-old is described as a technophile, having set up Petronas’ first IT outsourcing company, and his wealth of experience in technology deployment is being harnessed by UEM Edgenta.

So, how will he ensure more technology adoption so that the group is more competitive?

One of the technology deployments that UEM Edgenta is currently piloting in Malaysian hospitals is a digital application called UETrack — a service that has been deployed in several hospitals in Singapore and Taiwan. The app allows real-time tracking of the work progress of UEM Edgenta’s field crew and hence, enables the next task to be assigned to available crew with the right equipment at the right location and time.

“The idea is to relieve the frontline workers and nurses from having to do that sort of administrative support work. These are major improvements in the way hospitals are run in terms of their own efficiency. And for our own people, we would be able to multitask better,” says Syahrunizam.

UEM Edgenta will also leverage the Internet of Things (IoT) such as drones to collect data points of its assets that are currently being deployed on the highways that it manages, as well as to inventorise the street lights and maintenance assets managed by the group. “The idea is that buildings and assets are remotely monitored through various mediums that collect this information, and then we use IoT to transmit the information to headquarters. In essence, to collect more and more data so that our data scientists can provide insights to our frontliners,” says Syahrunizam. He believes that by boosting the technology offerings in the contracts that UEM Edgenta participates in, it will allow the group to better price its products and services and enhance its margins.

The group registered a net loss of RM15.2 million for the period, compared with a net profit of RM68.1 million in 1HFY2019. However, the net loss came on the back of its recognition of RM50 million in impairments on unsold property inventories.

There are still more non-core assets to be impaired as its businesses are further rationalised, but Syahrunizam did not provide any details.

Even though margins are dwindling, he is unperturbed as UEM Edgenta has large contracts stretching over 10 years and an order book of RM12.2 billion. Year to date, it has secured RM900 million worth of hospital services contracts in Singapore and RM100 million in Taiwan.

Locally, it is exploring opportunities in the country’s rail development projects. Through its engineering and project management consultancy arm Opus, UEM Edgenta is participating in the Johor Baru-Singapore Rapid Transit System project. Naturally, the Kuala Lumpur-Singapore High Speed Rail is an infrastructure development it is keen to participate in as a project management consultant. Similarly, it is eyeing Sarawak’s Kuching Urban Transit System project.

Internationally, the group’s focus will continue to be on Indonesia, India and the United Arab Emirates, apart from Singapore and Taiwan. It will use the UAE as a base to expand into the Middle East, especially Saudi Arabia, says Syahrunizam.

“We are building that plan now with my team in Dubai, but I don’t think it will be a short-term plan. Certainly, a lot of things are being evaluated under the current circumstances, but at least when [borders are] open again, we will be ready,” he adds.