Corporate
From The Edge
Update

Uchi sees FY19 harvest for new product aimed at US 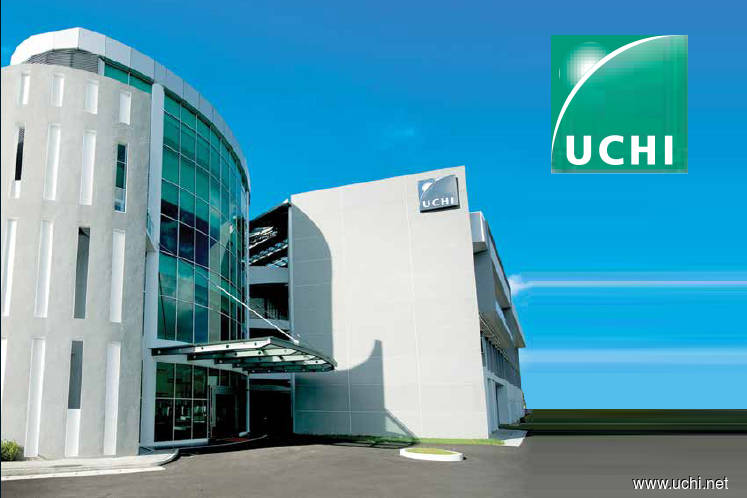 “We have yet to classify this product under our current business segment. For now, the contribution from this product is quite small, only US$1 million (RM4.06 million) to US$2 million, for FY18 but we strongly believe that this project has high growth potential in the following years,” executive director Edward Kao Te-Pei told The Edge Financial Daily.

The product is targeted at the US market and Kao said contribution from that market is expected to be low this year but “if everything goes well, the sales would be much bigger”.

To date, its customers in Germany and Switzerland contribute to 96% of its revenue with the balance from the US, Japan, China and India.

Hence, the breakthrough from this product, which was designed following a new customer’s specification, would lead to high growth from FY19 onwards.

“Our [research] team has spent a lot of time and money. Hopefully, the harvest time is coming soon,” Kao added.

In FY17, the art of living category contributed 84% to the group’s revenue, with the remainder from biotech.

Kao noted that as the group is an export-based company with 100% of its sales invoiced in US dollar, revenue in ringgit would be affected by the equivalent percentage change in foreign exchange.

For instance, he cited that if the ringgit were to moderate to 3.90 against the dollar throughout the year, its operating profit would see a significant impact.

“What we are doing now is whenever we receive firm orders, we hedge the rate immediately. We have four to five months’ order visibility, that means we have to deliver in September, so once we receive an order, we will hedge it,” he said.

Uchi has received orders up to the end of the third quarter, Kao said, adding that based on outstanding firm orders, it has roughly US$13.5 million firm orders.

According to Bloomberg, Uchi has a consensus target price of RM3.26.

In spite of its growth prospects, Affin Hwang Investment Bank Bhd, one among three research houses that cover the stock, downgraded the stock to “hold” from “buy”.

Its analyst Kevin Low found the 1QFY18 results to be broadly in line but lowered its call because of its strong stock price performance over the past 12 months, limited capital management efforts after a capital repayment of 20 sen due in August 2018, and PER valuations that indicate fair given dividend yields of about 6% in FY19 to FY20.

When asked about Uchi’s share price performance, Kao said he is focused on its profit after tax and earnings per share that would eventually be reflected in the share price.

“We want to focus on growth percentage. I am not happy with the pace [of the company]; it is too slow. We hope the company can grow faster, and shareholders will give us reasonable share pricing.

“This is what we have to do —restructure the company [where] middle layer managers can take up more responsibilities, and can perform better,” he added.

Having said that, Uchi hopes to see an increased contribution of between 1% and 2% per year from its biotech segment but it has to first convince its European customers to outsource more from the company.

“Right now, they are doing it in-house in Europe. I don’t think it is costly [but] it is not efficient. They should outsource more to us,” he said.