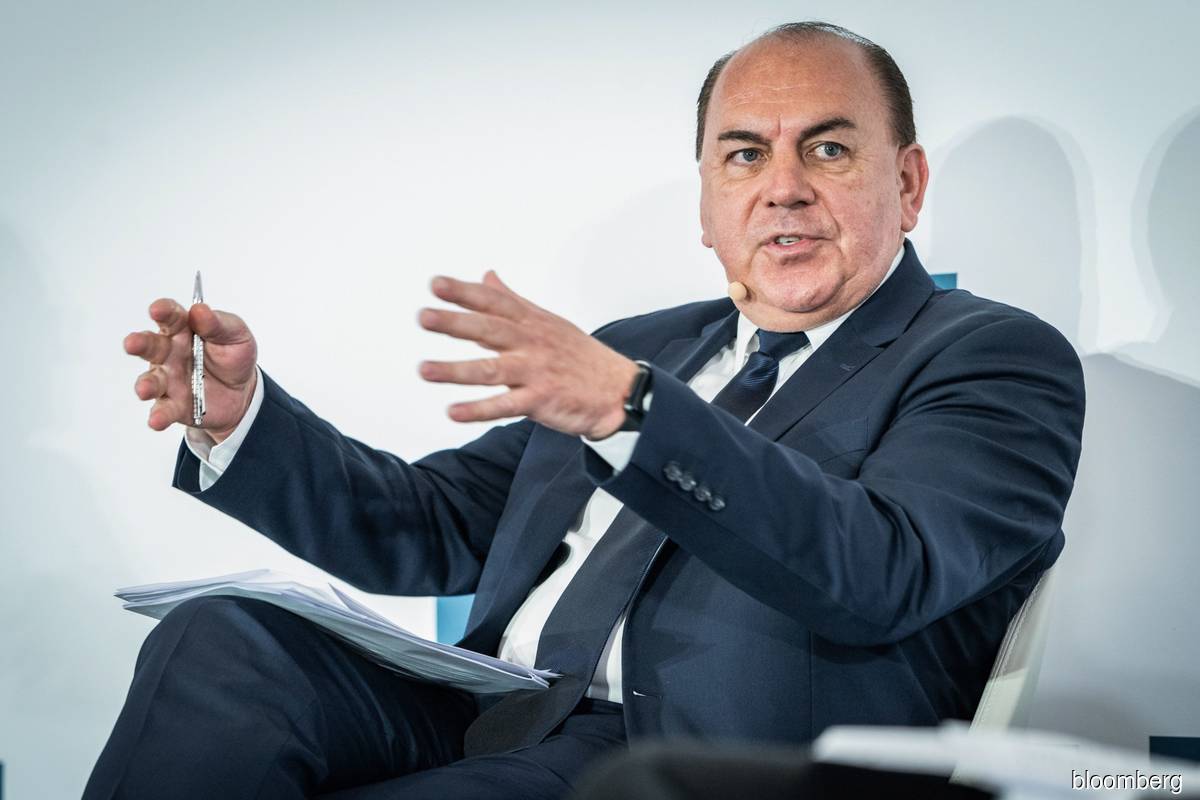 (Sept 14): UBS Group AG Chairman Axel Weber (pictured) has been studying the feasibility of a mega-merger with rival Credit Suisse Group AG as part of a regular thought-exercise on future strategic options, according to people familiar with the matter.

UBS, the world’s largest wealth manager, has been exploring the question with consultants but it hasn’t raised the topic at the level of the executive board, the people said. The assessment is part of regular internal planning procedures and there are currently no formal discussions going on between the two banks, said the people, who asked for anonymity because the information isn’t public.

Both banks declined to comment. Speculation about a deal was stoked earlier Monday, when Swiss finance blog Inside Paradeplatz wrote that Weber and Credit Suisse Chairman Urs Rohner could agree on a merger as early as next year.

Talk about European banking consolidation has been heating up as the coronavirus pandemic adds to challenges such as negative interest rates that have weighed on profitability for years. Spain’s CaixaBank SA and Bankia SA said this month they’re exploring a merger to form the largest lender in the country. While a deal between the two Swiss banks would allow for overlap to be eliminated, executing such a transaction could be difficult, said Andreas Venditti, an analyst at Vontobel.

“Regulation would be the biggest hurdle in my eyes” because requirements are tougher the larger an institution is, Venditti said, adding he doesn’t think a deal is likely.

Weber’s planning exercise comes as UBS is in the middle of a leadership transition, while Credit Suisse just completed one. The two rivals have been assessing the possibility of combining back-office functions for some time to cut costs, Bloomberg reported two years ago. Those talks are still continuing, according to people familiar with the matter.

Weber has been among bank leaders calling for Europe’s lenders to consolidate so they can better compete with US rivals. UBS last year briefly explored the idea of another mega-merger, with Deutsche Bank AG after that firm’s talks with Commerzbank AG collapsed, Bloomberg reported at the time. Those talks never proceeded beyond the initial stage.

A combined bank “could become a size issue for Switzerland” and new regulatory requirements “are not favourable of a mega bank merger,” JPMorgan Chase & Co. analysts Kian Abouhossein and Amit Ranjan said in a note.

The country imposed the first such rules in 2012 after the government came to UBS’s rescue during last financial crisis. The Federal Banking Commission in 2008 ruled out a merger of UBS with Credit Suisse. A combination of the two lenders would run counter to Swiss efforts to curtail the risk to its economy from a bank failure, and would likely raise antitrust concerns, especially in Switzerland where the two banks have a dominant position.

The challenges don’t end there. UBS is the biggest wealth manager in the world while Credit Suisse is among the top 10. A deal could prompt clients to move at least some of their assets to another firm in order to diversify risk.

In investment banking, a combination would be complementary as UBS geared more toward equities trading house while Credit Suisse is traditionally stronger in credit and fixed income. However, a big investment banking operation would likely draw scrutiny from Swiss regulators.

“I would not have thought about a potential tie-up between these two Swiss giants,” said Pedro Marinheiro, a fund manager at Reyl & Cie in Geneva. “I would more expect the large European banks to snap up the smaller players.”

Both the large banks have cut back their trading operations after the 2008 financial crisis, pivoting toward wealth management. While that has reduced earnings volatility, increasing competition for rich clients and negative interest rates have weighed on the shares. UBS has lost 43% over the past five years, and Credit Suisse has slumped almost 58%.

Ermotti is scheduled to hand over leadership of UBS to former ING Groep NV head Ralph Hamers in November. Credit Suisse earlier this year replaced its CEO, naming Thomas Gottstein to succeed Tidjane Thiam. Rohner, who has been on Credit Suisse’s board since 2009, will see his term end in April next year.