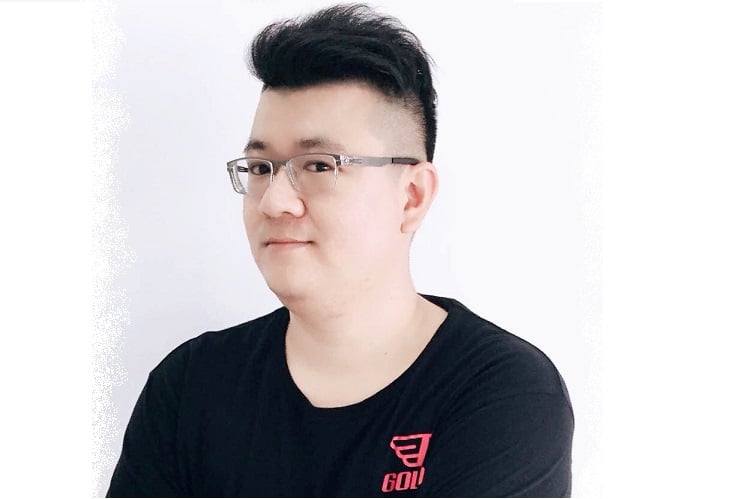 Ivan Chin, the founder and CEO of GoLog Malaysia When Ivan Chin, the founder and CEO of GoLog Malaysia, a cold chain online logistics and delivery platform, first read about the farmers in Cameron Highlands letting their vegetables go to waste, he knew more than the average Malaysian, what was going on behind the scenes.

“The farmers in Cameron Highlands have been running in the traditional way all these years. They plant the crops and when they are ready to harvest, they sell it to the collectors at a very cheap price,” he says.

These “collectors”, Chin adds, had bargaining power because they controlled the logistics and the farmers were utterly dependent on them.

“So the collectors earned the biggest margin when they sell the vegetables to the wholesalers or the markets, like Pasar Borong Selayang, for example,” he points out.

When the Movement Control Order (MCO) was announced, the collectors were reluctant to collect the vegetables from the farmers and deliver their produce to the cities.

“So that’s what created the issue of the farmers having no choice but to throw away the vegetables because these essential goods only have a lifespan of one to three days,” he points out.

These farmers are not digitally savvy. “If they want to sell their vegetables themselves over social media, it would be quite a challenge. They wouldn’t know how to manage it.”

When the article about the wastage of vegetables in the Cameron Highlands first came out, there was a follow-up article about Lazada providing trucks to go to the rescue. But, Chin says, there are problems with this solution.

“Lazada might not work for the farmers because it would need to sell off the goods before it could pay the farmers,” he says.

GoLog, on the other hand, would link the farmers directly with the wholesalers and other end-customers who would pay them directly first, before the produce was delivered.

It had developed the solution in 2017 and spent the last two years refining it. Chin had been interested in logistics ever since he worked at Samsung Manufacturing and kept having problems with parts deliveries and freight forwarding.

“The Malaysian logistics infrastructure is quite outdated so we wanted to build something of value in this industry,” he says.

Why cold chain? “When we launched GoLog, there were several logistics platforms in the market already, mostly serving the e-commerce marketplace like Lazada and Shopee. They were already pioneers in the market for despatch and parcels so there was no sense going into that.”

While researching the space, he realised that the cold chain network was the hidden gem in the market. The originators of fresh produce such as farmers and fishermen were older, more traditional and most of them fought shy of technology, reluctant to try anything they perceived as adding a layer of complication to their lives.

“Although they are very slow and their costs, very high, each of these business owners were still making a profit so they were reluctant to change. Frankly, it was a dinosaur industry,” he says.

GoLog came out with the beta version of its system in September 2017. For the first two years, it didn’t seem to be making any headway in the industry but instead of giving up, it used that time to reach out to the farmers and gather useful information about the industry.

“We spent two years bootstrapping and allowing them to try the system for free. But we were gaining data on how to improve the product and find out what value they were actually looking for,” he says.

What he found was that the farmers valued simplicity. If they were forced to key in a lot of information into the system every time they sold their produce, they would opt to do things the traditional way. It may have cost more and they were losing a chunk of their margins, but they were willing to pay to be spared the hassle.

So GoLog came up with a premier account supported by an inventory management system which would allow the farmers to put in the key information about their products— packaging size, categories (dry, fresh, chilled or frozen) and other relevant details upfront, and then the system would take over and handle the request for logistics every time, matching the farmers or fishermen with the right drivers or delivery method.

“Most of these business owners have 50 to 100 orders a day and if they needed to key these in every time, it would be a huge hassle. If they were to hire someone else to do the keying in, it would be a cost,” he points out.

Basically, GoLog operates like Uber or Grab, in that it does not own any vehicles but provides a platform to link the farmers, vehicles and customers. “It’s a cashless platform. Any customer who needs to use the logistics needs to buy credits, sort of like Touch 'n Go. The minimum top-up is RM100 but to access the premier account, it is RM3,000.”

When the Cameron Highlands emergency hit, GoLog was forced to go into its system and manipulate it manually because many of the farmers could not afford to pay the RM3,000 upfront.

The quick intervention was a success: “We reduced the vegetable wastage in Cameron Highlands a great deal by connecting them with the right people so they were able to supply their vegetables to wholesalers in the Klang Valley. Every week, there are three deliveries of 3 to 5 tonnes of vegetables to wholesalers. And the farmers are doing better now, increasing their sales.”

Once the company successfully helped out farmers in Cameron Highlands, word got around. “Farmers and fishermen from other places started contacting us to support them as well. They called from Sekinchan, Perlis, Bentong and even Kluang, which has banana plantations.”

In fact, from almost not gaining any traction for two years, GoLog is now reaching maximum capacity and would not be able to handle everyone at once. So it helps clients go onto the system on a staggered basis, supporting them along the way.

Chin says the company is looking to upgrade the system. “Our system is quite complex with AI and machine learning and we need an additional investment of at least RM1 million to upgrade it.”

He realised this even before the MCO and was working on raising US$1 million for GoLog’s seed round of funding to not only upgrade the technology, but also expand its reach to Singapore.

“We engaged with investors but haven’t finalised anything yet. The process has slowed down during this lockdown and investors are taking their own sweet time to shop around for deals right now,” he says.

GoLog is one of the 10 companies selected by growth accelerator ScaleUp Malaysia for an investment of RM200,000.