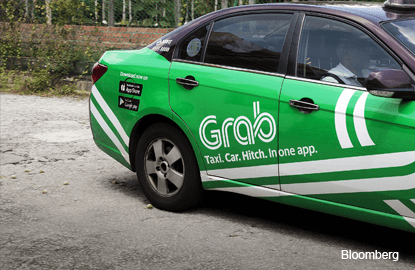 JAKARTA (Feb 13): Grab is likely to announce a deal to buy Indonesian online payment startup Kudo for over US$100 million, a source close to the matter said, in a move that will help the Southeast Asian ride-hailing firm roll out its services to more customers.

This deal will be funded from the US$700 million Grab has promised to invest in Indonesia, its largest market, over the next four years, said the person who declined to be identified as the information was not public.

Founded in 2014, Kudo facilitates online transactions for Indonesian consumers, according to its website. It targets consumers with no bank accounts and in small towns and cities, helping them to make purchases online through its agents.

The deal may be announced as early as this week, and Grab — the biggest rival to US firm Uber Technologies Inc in Southeast Asia — is betting the transaction will help it expand in the online payment space, the person said.

Grab's expansion is set to intensify the competition among ride-hailing firms in Indonesia. Its rivals in the country of 250 million people include Uber and home-grown firm Go-Jek.

Grab teamed up last year with Indonesian conglomerate Lippo Group to roll out a mobile payment platform. Under the partnership, customers can use the Grab app to make payments at Lippo's retail outlets across the country.

Grab, which was co-founded by Harvard Business School graduate Anthony Tan, raised US$750 million in a funding round last September, more than a month after its Indonesian rival, Go-Jek, received US$550 million from investors including KKR and Warburg Pincus.