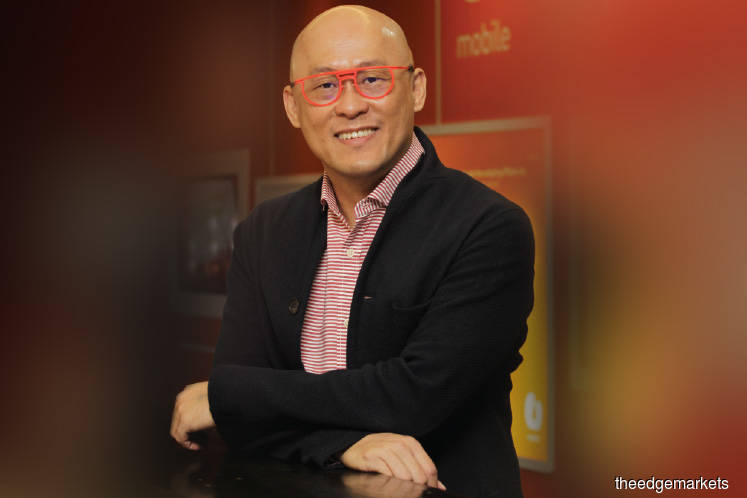 KUALA LUMPUR: U Mobile Sdn Bhd, Malaysia’s fourth-largest mobile network operator, has turned in a positive earnings before interest, taxes, depreciation and amortisation (Ebitda) this year, as the group gears up for its planned and much-awaited initial public offering (IPO) next year.

In an interview with The Edge Financial Daily recently, chief executive officer (CEO) Wong Heang Tuck said the ideal timing for the company’s public listing would be after Malaysia’s 14th general election (GE14).

“We are already Ebitda positive at this stage, and listing will come after election. Because if we go for listing, we got to look at the market, and the market at this stage is very uncertain. With that uncertainty, there is this overhang, so you don’t see a lot of activities in the market,” he said.

“Next year, the market is going to be as tough as this year, generally retail sentiment is still soft, despite what the GDP (gross domestic product) number says, the retail side is still very soft. From our case, hopefully after the election, whatever negative overhang will be lifted, and that should improve people’s sentiment. Hopefully, that will translate into higher spending,” he added.

“Competition has always been intense, but [industry-wide] Ebitda margin is still largely the same,” he said, indicating that telecom businesses in Malaysia will remain profitable.

As for U Mobile’s Ebitda margin, Wong shared the company is still seeing growth as it has a lower base when compared to its three bigger competitors.

According to the company’s filing with the Companies Commission of Malaysia, U Mobile’s loss after tax broadened by 32% to RM485.08 million for financial year 2016 (FY16), from RM367.7 million in FY15; while revenue expanded 29% to RM1.84 billion from RM1.43 billion over the same period.

Although U Mobile has not achieved a positive bottom line, Wong said the company remains committed to spending on its network infrastructure to improve its service quality to customers.

“Next year’s capital expenditure (capex) will be at least RM1 billion. This year’s is already RM1 billion,” he said.

Other than network quality, Wong said U Mobile is also forming various partnerships to offer value-added products to subscribers.

“This year, we actually have a lot of partnerships to cater to our customers, so we can reach out in some ways to the youth market that is underserved,” he said.

In May this year, U Mobile partnered Sun Life Malaysia Assurance Bhd to offer micro-life insurance to U Mobile’s subscribers.

Wong said from U Mobile’s perspective, it is aiming to have about 10% of its subscribers sign up for this new offering.

As at end-2016, Wong said U Mobile had over five million subscribers.

“We will try to introduce them to this so-called bite-sized insurance. Hopefully, as they get used to it and progress a little further in life, they would get a more comprehensive insurance,” he said.

“It is bite-sized in the sense that the first one would be micro-life insurance, [for which they pay] lower premiums. Once they get used to it and understand the product a little bit more, Sun Life Malaysia will have a lot more comprehensive products for them,” he added.

Sun Life Malaysia’s CEO and country head Raymond Lew, who was also present at the interview, said the micro-insurance is not distributed via intermediaries.

“So there is very minimal underwriting, with no agents involved, which takes away all the commissions. That’s why the product can be so affordable. There are a couple of things we are looking at, like enhancing stickiness and adding value to the client relationship. We see this as an additional avenue to reach out to the bigger market segment,” he said.

Apart from Sun Life Malaysia, U Mobile has formed four other partnerships this year alone to enlarge its offerings to subscribers.