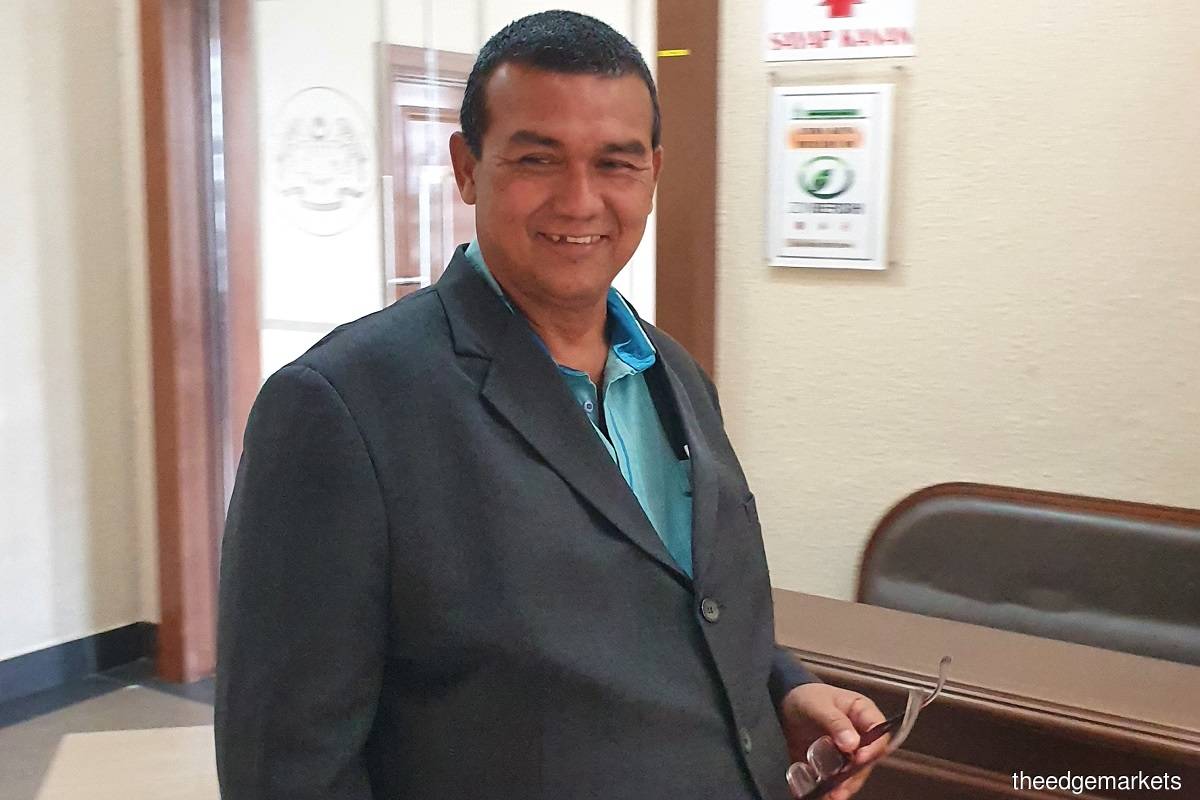 "I invited Zahid, who was the political secretary to the then prime minister Tun Dr Mahathir Mohamad, to meet Dr Mohd Zaqrul Razmal Mohd Podzi, who wanted to bring in some Japanese investors for some health projects in relation to Felda," said Jani, the fourth defence witness.

A former army personnel and an ex-secretary of the Malaysian Amateur Boxing Federation, Jani said as Felda was under the prime minister, he was hoping that Muhammad Zahid could "help out" and invited him for buka puasa at the hotel.

Jani said he asked Muhammad Zahid whether he had made a lot of money since he was now the political aide to the prime minister. Muhammad Zahid replied that he received RM2 million acting as an intermediary for the Kuching hotel purchase.

"I asked him whether Tan Sri [Isa knew] about it and he replied, 'No.' I also made a statutory declaration (SD) over my meeting with Zahid, which is dated Oct 11, 2019," he said in response to questions by Isa's lawyer Zulaikha Aini Mohamed Khair Johari.

Jani's witness statement tendered in court did not stipulate the actual date of the meeting, but in his SD, it was stated as June 6, 2018. But when questioned by Isa's lawyer in open court, Jani said the actual meeting took place on June 8, 2018.

Dahalan — the fifth defence witness — who accompanied Jani to the Pulse Grande Hotel meeting agreed that Muhammad Zahid had said something to that effect, and made a separate SD on Oct 15, 2019.

The 73-year-old former teacher admitted to being close to Muhammad Zahid as he knew the family well.

"I also want this court to know of the actual story as to what actually happened," Dahalan said when questioned by lawyer Mohd Hafizuddin Saidin.

Like Jani, Dahalan also did not state the date of the meeting in his witness statement but in his SD, which he affirmed on Oct 15 last year, he put the date as June 6, 2018. In court he also maintained the meeting took place two days later.

Both witnesses claimed that Muhammad Zahid said he kept RM1 million, and spent the remaining RM1 million on his friends.

Isa's defence had tendered a photograph taken with Zaqrul's phone with the date stipulated as June 8, along with his handphone, as evidence to show that the meeting did take place.

The prosecution led by Deputy Public Prosecutor Afzainizam Abdul Aziz claimed both witnesses had made up the RM2 million incident as they only affirmed a SD 16 months after the incident.

Both witnesses insisted that they thought it was their duty to do so following wide media reports of Isa's alleged corruption.

Isa has been ordered to enter his defence on nine counts of graft charges in relation to a total of RM3.09 million received from Ikhwan Zaidel, a director of Syarikat Gegasan Abadi Properties Sdn Bhd. Syarikat Gegasan previously owned the Merdeka hotel and had sold the property to Felda Investment Corp Sdn Bhd (FIC), a subsidiary of Felda, for RM160 million — an amount the prosecution contends is overinflated.

The graft charges were made under Section 16 of the MACC Act 2009 and, if found guilty, Isa faces a maximum of 20 years in jail and a fine of up to five times the amount of bribes he received.

When Afzainizam pointed out that Muhammad Zahid only testified in January 2020 — months after they had affirmed their SDs, both witnesses seemed unable to answer.

Previously, Isa in his defence testified that his ex-aide could not be trusted as he had shifted from one party to another, that is from Umno, to PKR, then to Bersatu as Dr Mahathir's aide before ditching him for current Prime Minister Tan Sri Muhyiddin Yassin.

Muhammad Zahid previously testified that he received a total of RM3.09 million, which he handed to Isa following the Merdeka hotel purchase by FIC.

After Isa's counsel Datuk Salehuddin Saidin told Justice Mohd Nazlan Mohd Ghazali that the defence was closing its case, the judge ordered the parties to file their written submissions by Oct 2. He said he would hear oral submissions on Nov 4.