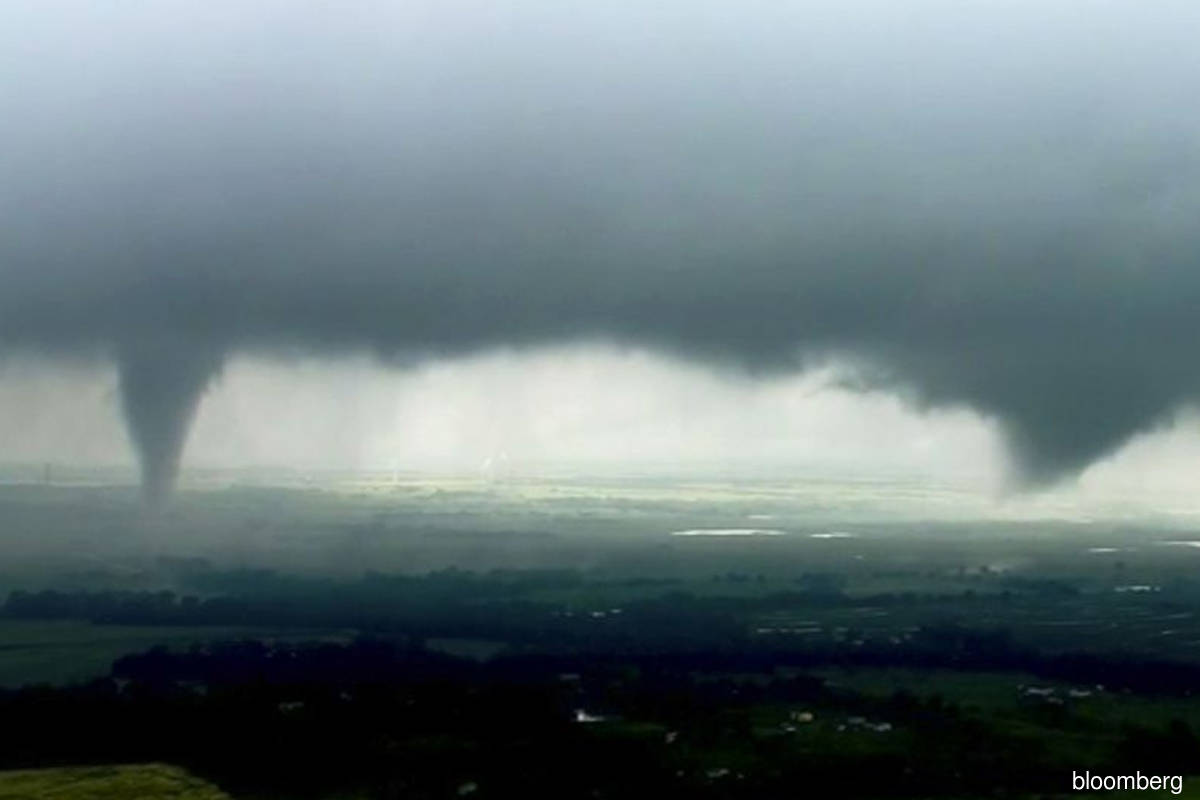 (July 30): Two tornadoes touched down in Bucks County, Pennsylvania, on Thursday, collapsing the roof of a car dealership and injuring several people, a county spokesman said.

One of the twisters hit in Bensalem, Pennsylvania, after 5 p.m. EDT, said Jim O'Malley, deputy director of public information for Bucks County. The car dealership building was struck there.

A second tornado is believed to have touched down in Solebury, Pennsylvania, at around the same time, O'Malley said. Bucks County is northeast of Philadelphia, on the New Jersey state line.

O'Malley said authorities were responding to several reports of injuries but could not give a total number of casualties.