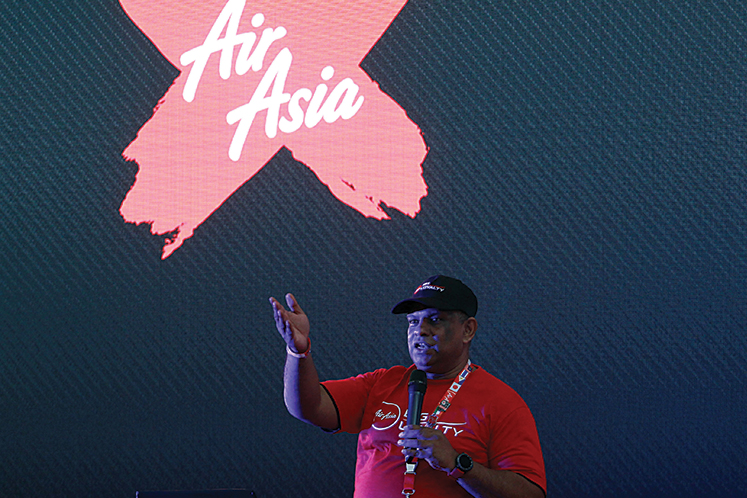 On microblogging platform Twitter, Fernandes uploaded a video of an AirAsia pilot alleging that the plane could not move and had to be towed due to the uneven surface of the gate at klia2 and questioned the fairness of airport operator Malaysia Airport Holdings Bhd's standard passenger service charge of RM73 for all airports.

“So many difficulties, and yet MAHB expects our passengers to pay the same airport tax. Unfair?” he tweeted.

“For 18 years, all we have asked [for] is to have an airport that’s a partner... Not someone who just says ‘take it, or leave it’ to their largest customer and more important to the passengers. I am so disappointed and frustrated.

“All we have ever asked is for [MAHB] to understand our model and help us create more jobs. We are a low cost carrier, its largest customer yet,” he added.

Fernandes also asked if regulator Malaysian Aviation Commission (Mavcom) was looking after passengers by gazetting the same fare across all airports, as he believes these airports have different standards and facilities.

In response to Fernandes’ video, MAHB in a series of tweets said there has been no similar issues reported by other airlines operating at klia2.

“Nevertheless, when such incidents happen, we immediately conduct a gradient survey study to rectify the situation,” MAHB replied.

This follows the High Court here dismissing the carrier's strike out application and allowing summary judgments by MAHB be entered on AirAsia in the three suits against the company.

AirAsia to pay at least RM40.6m in uncollected PSC to MAHB unit