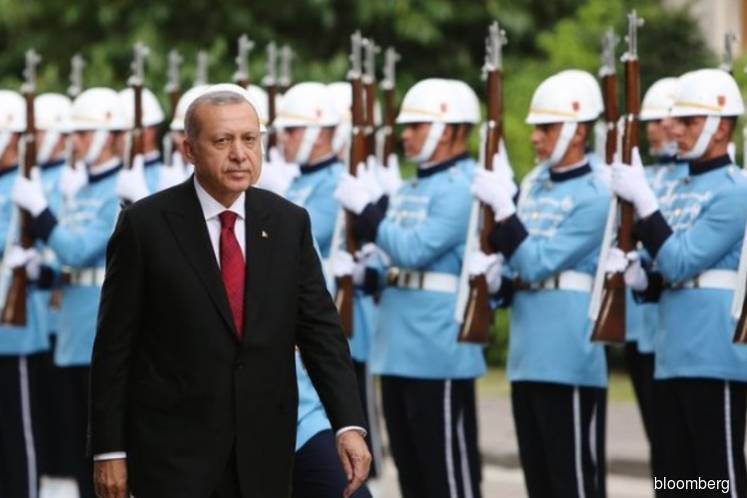 SINGAPORE (Aug 20): It has been a dramatic week for emerging markets — in particular, Turkey. And, while the unfolding carnage has parallels with what happened in Southeast Asia almost exactly 20 years ago, I cannot help thinking that things will not turn out quite so well this time around.

On Aug 10, US President Donald Trump pushed Turkey further towards a financial crisis by tweeting: “I have just authorized a doubling of tariffs on steel and aluminum with respect to Turkey as their currency, the Turkish lira, slides rapidly downward against our very strong dollar.” The lira, which was already sinking, immediately tumbled nearly 20%. It has since recovered somewhat, after Qatar said on Aug 15 it would invest some US$15 billion (S$20.6 billion) in Turkey. But the rebound is unlikely to last if Turkey does not begin addressing its economic shortcomings.

Turkey shares many of the vulnerabilities that some Southeast Asian countries had two decades ago: Its economy has been growing fast and its inflation is high, it has a sizeable current account deficit and its corporates are laden with debt. With US dollar liquidity tightening, it really was a financial crisis waiting to happen. Turkey is not the only emerging market nation in the throes of a crisis. Venezuela has been sliding into an economic and political abyss ever since the leader of its “socialist revolution” Hugo Chavez died in 2013, and oil prices abruptly tanked in the middle of 2014. By some estimates, inflation in Venezuela could reach one million percent this year. Venezuela continued to make headlines this past week, as its current president Nicolás Maduro — who recently survived a bizarre drone attack — said petrol subsidies would have to be curbed to... (Click here to read the full story)