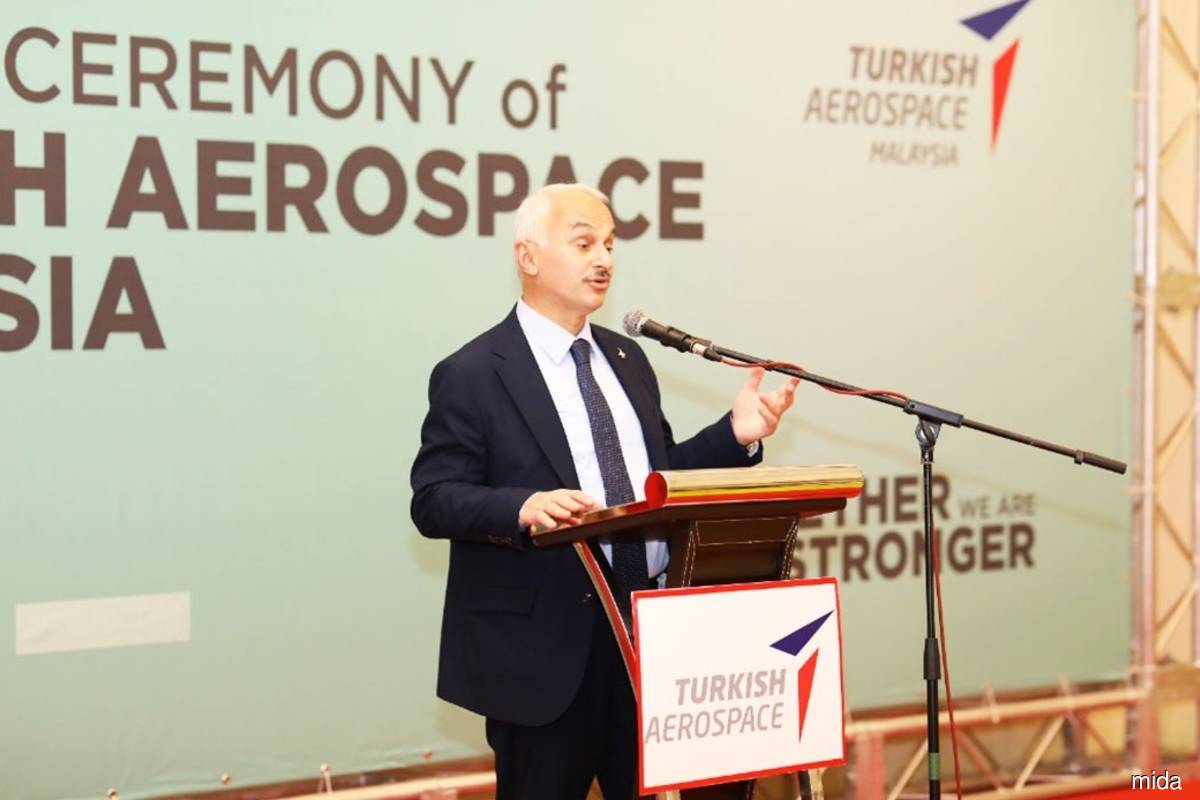 He said this is an effort to strengthen the global aviation industry in their respective regions, and that 15 jets will be built in Malaysia and another three will be built in Turkey, should the tender process be successful.

“We want to contribute to the capacity building of Malaysia to produce such aircraft as we see Malaysia as one of the best countries to collaborate with strategically in Asia-Pacific.” he told a press conference after attending the new Turkish Aerospace’s office opening ceremony officiated by Minister of International Trade and Industry, Datuk Seri Mohamed Azmin Ali, at Cyberview Futurise campus, here, today.

Hürjet is an Advanced Jet Trainer and Light Attack Aircraft. According to the company, it is a single engine, tandem-seat with modern avionics and high-performance features. The aircraft’s first flight is forecast for the last quarter of 2022.

Commenting on the new office, Kotil said the Turkish Aerospace office in Malaysia will be the company's first engineering and design office in Southeast Asia, where the company will continue its investments and collaborations in Malaysia for the development of new generation technologies, particularly in the field of defence industry and aviation.

Meanwhile, Azmin, in his speech, said that the bilateral linkages between Malaysia and Turkey continue to grow from strength to strength.

"In fact, as recently as last week, officials from MITI, led by my Secretary General, were in Ankara, Turkey, to meet with Turkish trade officials to negotiate the expansion of our existing Free Trade Agreement (FTA).

"Once concluded, the expanded FTA will also cover trade in services, investment and electronic commerce. I am pleased to share that the talks last week made substantial progress and both sides are now on track to conclude the text-based negotiations by the end of this year, and finalise the entire package of the FTA by the middle of 2022," he said.

The minister said as of June 2021, a total of 13 manufacturing projects with Turkish participation have been approved with total investments of RM510.4 million, adding the government will continue to focus on attracting high quality investments which have elements outlined in the National Investment Aspirations (NIA) framework.

Meanwhile, Ambassador of Turkey to Malaysia Dr Merve Safa Kavakci, in her speech, said there were only 62 ongoing defence industry projects in Turkey in 2002, and as at present day, the figure has surpassed 750.

"Turkish Aerospace should be seen as a highly valued beacon of knowledge, experience and excellence.

"We are pleased to see that Turkish defence industry companies are engaged in many solid cooperation projects in different parts of the world, including Malaysia," she said.