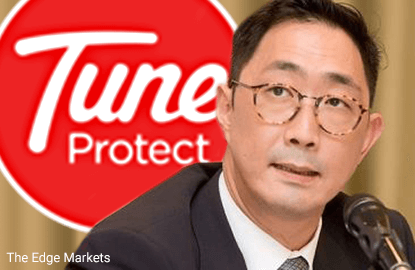 He will be replaced by the insurer's chairman Razman Hafidz Abu Zarim, but subject to relevant regulatory authority’s approval.

Cho was appointed group CEO of Tune Protect in January last year, replacing Peter Miller who had decided to pursue other opportunities. Prior to his appointment, Cho was the chief executive advisor at AirAsia Zest between January 2013 and October 2014.

Tune Protect also said pending formal approval from the relevant regulatory authority, Razman will start the transition process by overseeing the functions of the group CEO, together with Cho.

"Upon receiving relevant regulatory authority’s approval, Razman will be redesignated as the group managing director and CEO and relinquish his position as chairman of the board," it noted.

Tune Protect independent director Ng Siek Chuan will temporarily take the chair of the board, during the search for a new chairman, it added.

Razman, a chartered accountant by training, has experience in management leadership in various industries; including the insurance sector, when he led Malaysian Assurance Alliance as its CEO, in the early 2000s.

"On behalf of the board, I wish to thank Junior for his leadership and contribution to Tune Protect," said Razman in the statement.

"He has driven strong growth across all core lines of businesses, reenergised our digital position in the market place, and refreshed our brand to be better connected with our customers and partners," he added.