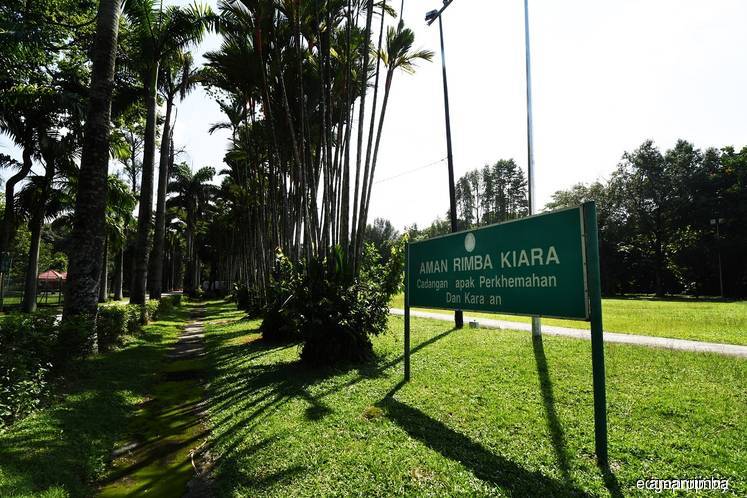 This week Khalid announced that the developer of Taman Rimba Kiara has agreed to scale down the development by reducing its density and size from 4.9 hectares to 3.2 hectares.

He said the scaled-down Taman Rimba Kiara project located in TTDI will allow longhouse residents to remain in the area and restore TTDI’s residents a portion of the land.

He had also dismissed allegations of conflict of interest against him, stating that neither he nor the landowner - the Federal Territory Foundation (YWP) - stands to gain from the revised project.

In a statement today, TTDI RA said an on-site briefing had taken place at Taman Rimba Kiara yesterday. However it was limited to representatives from YWP, the Minister’s team and the developer Malton Bhd.

“If Malton’s scaled-down solution is truly win-win, why were YB Hannah Yeoh and TTDI RA excluded from this briefing? Was it because Malton and YWP were afraid of answering difficult questions onsite?” it said.

Yeoh, who is Segambut Member of Parliament, has voiced her disapproval for the compromised solution, saying the scaled down project was not much different from the original project approved by Khalid’s predecessor Tengku Adnan Mansor.

The project has sparked controversy since April 2017 when Kuala Lumpur City Hall issued an order for the development on a 4.9-hectare lot out of 10.1 hectares of Taman Rimba Kiara, for the proposed construction of a 350-unit block of affordable housing for the Bukit Kiara longhouse community and eight blocks of 50-storey luxury condominiums