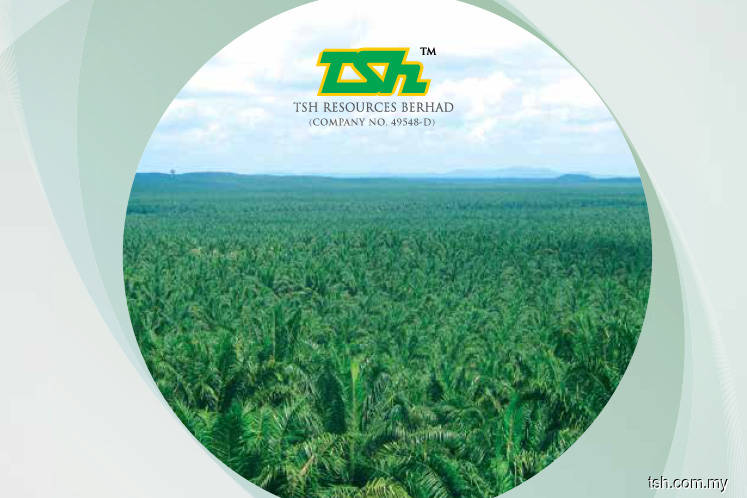 Revenue for the quarter rose 9% to RM241.49 million from RM221.63 million in 4QFY18, mainly due to higher average CPO selling prices during the quarter under review.

TSH also proposed a first and final dividend of one sen per share for the full FY19, subject to shareholders’ approval in the forthcoming annual general meeting.

The strong quarterly performance lifted the group’s net profit for the full FY19 by 8.8% to RM44.03 million from RM40.46 million for the previous year. However, revenue came in 7.4% lower at RM838.95 million, compared with RM906.44 million for FY18, impacted by lower average CPO and palm kernel prices during the year.

In a bourse filing yesterday, TSH said it remains optimistic about long-term prospects for the palm oil industry, premised on higher per capita income globally, population growth and health benefits of palm oil.

It said the management will continue to focus on productivity and efficiency improvement to reduce its unit cost of production, and anticipates its performance in FY20 to be satisfactory if CPO prices continue to hover at current levels.

In a separate statement, TSH said its plantations in Indonesia produced a 21% fresh fruit bunch (FFB) growth per year on average over the last three years (2017-2019), a testimony to consistent FFB growth.

“Large areas of TSH’s oil palm plantations comprise young trees, with their growing maturity profile and expanding harvestable areas that should continue to drive good FFB growth next year and thereafter. High FFB growth in the long run will mitigate the financial impact of the volatility of CPO prices, especially during a low-price period,” it added.

TSH shares closed up two sen or 1.7% at RM1.23 yesterday, bringing it a market capitalisation of RM1.7 billion.