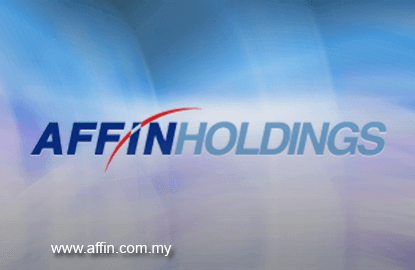 With the current price, it has a market capitalisation of RM4.66 billion.

Affin Holdings said at a press conference yesterday that its banking unit Affin Bank Bhd is acquiring a tract of land in TRX to develop its new headquarters, for RM255 million, or RM4,699.07 per sq ft.

According to Affin Bank managing director and chief executive officer Kamarul Ariffin Mohd Jamil, the development will have a gross floor area (GFA) of 823,439 sq ft and a purchase price of RM255 million.

That means the price per gross floor area would be RM309.67 per sq ft, while the plot ratio will be 15.2 times.

He added that the land has been independently valued at RM261 million.

Commenting on the land deal, Hong Leong Investment Bank Research (HLIB Research) noted the acquisition price is on the high side given its price on a per sq ft basis.

The firm is maintaining its "hold" call with a lower target price of RM2.93 based on 20% discount to Gordon Growth in view of potential concerns about governance and the quarter-on-quarter increase in impaired loans ratio.