Trump’s tax returns can be released to Congress, DOJ says 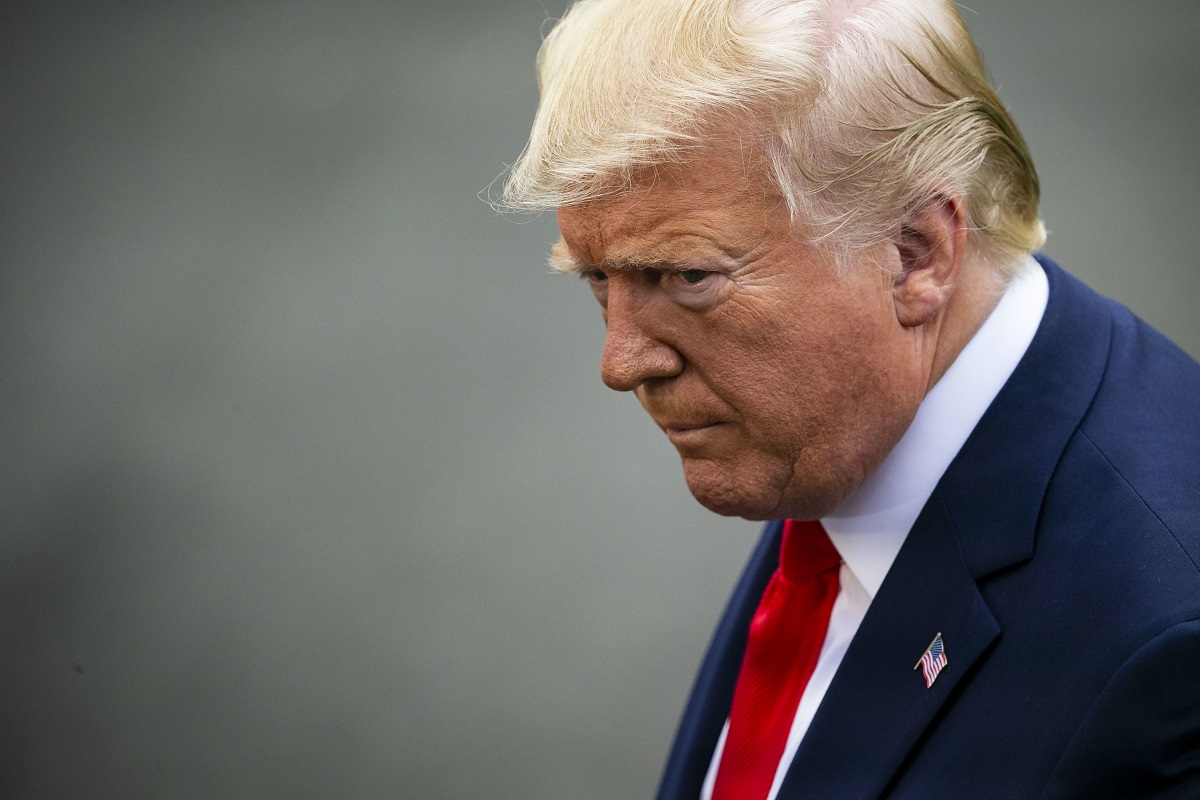 “We conclude that the secretary must comply with the Ways and Means Committee’s June 16, 2021 request” for the tax returns and related tax information, the department’s Office of Legal Counsel said in a 39-page opinion posted on its website Friday.

The decision reverses a 2019 opinion that the Treasury Department shouldn’t release the returns, which the department now says “rested upon the assertion that the committee was disingenuous about its true objective in seeking President Trump’s tax information.”

The opinion marks the latest and perhaps one of the final salvos in the years-long political standoff between Trump and Democratic leaders in Washington and New York over access to his tax returns. Reporting by the New York Times in 2020 suggested Trump paid no federal income taxes for years.

The opinion says the Ways and Means Committee, which is controlled by Democrats, can choose to publish a report about Trump’s income and tax information based on the Internal Revenue Service returns, effectively making his returns public.

House Speaker Nancy Pelosi said in a statement Friday that access to Trump’s tax returns “is a matter of national security.”

“The American people deserve to know the facts of his troubling conflicts of interest and undermining of our security and democracy as president,” she said.

But Representative Kevin Brady of Texas, the top Republican on the Ways and Means panel, said the Justice Department opinion “sets a dangerous precedent that weaponizes the tax code by giving Congress the dangerous power to rummage through anyone’s private tax returns for purely political reasons.”

In a June 16 request to the Treasury Department renewing his request for Trump’s tax returns, Ways and Means Chairman Richard Neal suggested that Trump might have tampered with the IRS’s legally mandated review of his tax information by directly contacting the agent involved in it. Neal said the committee’s review of Trump’s tax returns would largely focus on whether the IRS properly audited them.

“Over the last two years, the IRS has been unable to provide the committee assurance that sufficient safeguards exist to shield a revenue agent from undue influence at the hands of a president trying to secure a favorable audit,” Neal wrote. “Perhaps the most troubling fact is that, while the revenue agent’s identity is largely secret within the IRS, it is known by the president and the president’s representatives, who communicate directly with the agent without supervision.”

Added Neal, a Massachusetts Democrat: “This raises critical questions as to whether this employee is adequately protected and able to act objectively and impartially.”

Neal argued that the review is necessary for his committee to determine whether it will pursue a new law to change the mandatory audit program for presidents, put in place after former President Richard Nixon didn’t fully pay his taxes, and to determine if Trump may have fallen under foreign influence over business dealings.

The request covers Trump’s income and the income of several of his closely held businesses, including his Bedminster, New Jersey, golf club.

Lawyers for Trump, who have intervened in the suit filed by lawmakers, said in January that they’d almost certainly seek to block a handover in court, making it unlikely that Democrats will get access to the documents any time soon. The judge in that case has said Trump must be given 72 hours’ notice before any tax records are released, which would give him time to make a legal request to stop or delay the transfer.

In a court filing late Friday the committee asked the judge to let the 72-hour notice order expire on Aug. 3 because the two sides agreed to meet and work out a schedule that would let Trump challenge the release of the records.

The schedule will also have to respect the committee’s interest in timely production of the information it seeks, according to the filing. The two sides will present their plan to the judge on Aug 4, the committee said.

The court case is part of a multipronged legal effort by House Democrats to gain access to the returns, after Trump became the first president in modern history not to release them to the public. This case dates to 2019, when the House Ways and Means Committee sued to compel then-Treasury Secretary Steven Mnuchin to hand over the tax records. Under Trump, the Justice Department fought subpoenas issued by the committee, which filed a lawsuit.

“It is about damn time. Our committee first sought Donald Trump’s tax returns on April 3, 2019 — 849 days ago.” Representative Bill Pascrell, a New Jersey Democrat who led efforts on committee to obtain the records, said in a statement.

Other lawsuits over the president’s tax records involving his accountants and bankers reached the Supreme Court, which ruled that Congress couldn’t compel disclosure, at least for the time being. Those cases were sent back to the lower courts to assess whether lawmakers should narrow the scope of the information they sought.

The court has granted the district attorney in Manhattan, Cyrus Vance, access to Trump’s tax records as part of a criminal investigation into the former president’s business dealings. It’s unclear whether Vance will make those documents public.

In September 2020, the New York Times cited previously undisclosed returns in reporting that Trump had claimed chronic losses for years as a way to avoid taxes. He paid US$750 in federal income tax in 2016, and paid no taxes at all in 10 of the previous 15 years, the newspaper reported.

The case is Committee on Ways and Means, US House of Representatives v. US Department of the Treasury, 19-cv-1974, US District Court, District of Columbia (Washington).