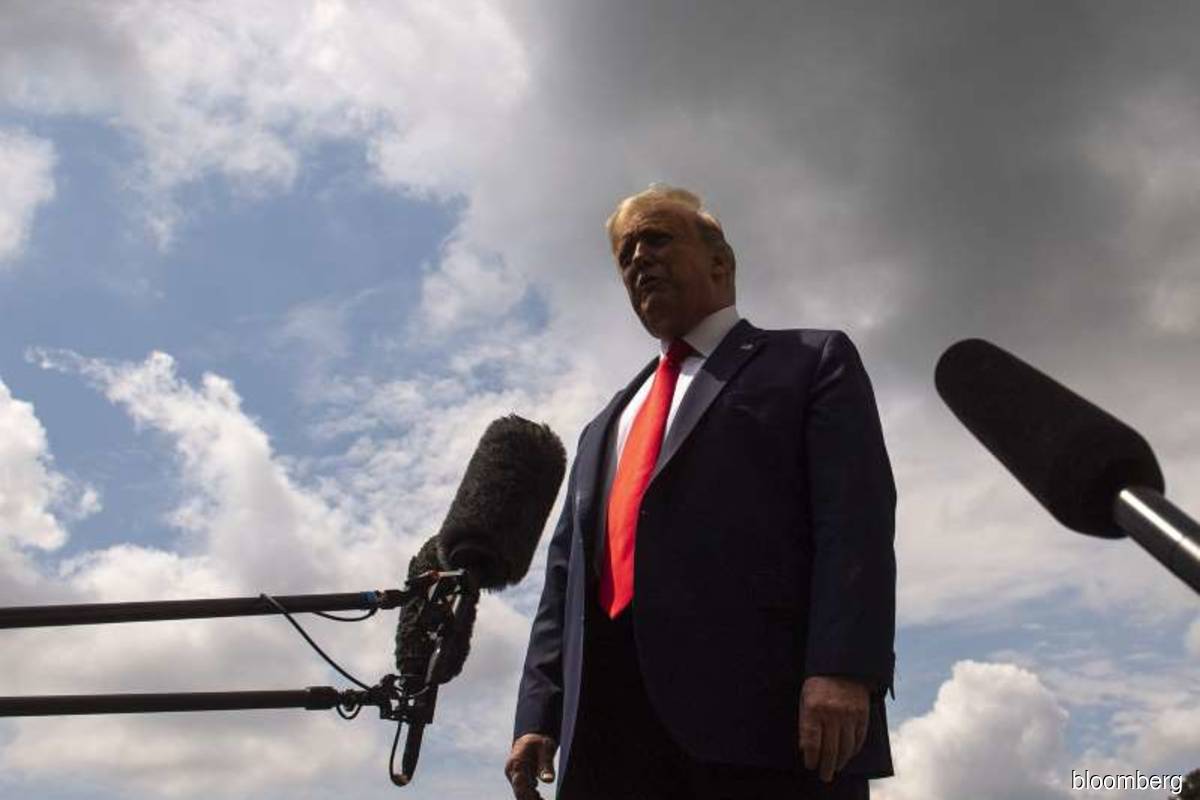 (Aug 13): President Donald Trump stepped up his effort to push school systems to reopen by hosting an event at the White House featuring parents, educators and researchers who argued for in-person learning.

Trump criticized as “a little ridiculous” some school districts’ plans to have students attend in person some days and online on other days so that they have enough space to socially distance in classrooms.

“One thing we’ve learned during this horror show of the China plague is that virtual is not as good as being there,” Trump said on Wednesday.

Trump has been demanding schools reopen so that parents are able to work -- part of a bid to restart the economy and create the impression the U.S. is returning to normal ahead of the November election. Yet the virus is continuing to rage across parts of the U.S., with the country’s death toll at about 165,000.

At a briefing with reporters later Wednesday, Trump said his administration will provide up to 125 million reusable masks to schools around the country. The administration is ready to deploy teams from the U.S. Centers for Disease Control and Prevention to help support schools in safely reopening, Trump said. He also outlined eight steps for how to reopen schools safely, including encouraging masks when social distancing isn’t possible.

Those steps include ensuring that students, teachers and staff understand the symptoms of Covid-19 and that everyone check how they feel every morning prior to entering school. They also encourage frequent handwashing and sanitizing as well as maintaining “high standards of hygiene and ventilation” during the school day. Instructions regarding hygiene and social distancing should be posted “liberally” around schools, and large indoor group gatherings should be minimized. When high-risk individuals are present, students, teachers and staff should socially distance.

“All schools should be making plans to resume in-person classes as soon as possible,” Trump said.

The president has tried to force re-openings by saying that half the money for schools in the next round of stimulus legislation should be reserved for those that open their doors.
‘Why Are We Paying’

“If a school is closed, why are we paying the school?” Trump asked.

Trump’s efforts on schools haven’t been totally successful. Just over half of students in kindergarten through high school will attend school virtually in the fall, while 44% will take classes in person in some form, according to a survey of public school districts by Burbio, a New York-based data service. Some 66% of students across the 200 largest school districts are taking virtual-only classes, Burbio found.

Trump has asserted that children are “virtually immune” to the coronavirus. The president appears to be referring to the notion that children are less likely to become ill from the virus, even though they can spread it to adults.

There is still relatively little known about how Covid-19 is transmitted to and from children. On one hand, some early evidence has suggested that children -- and especially younger children -- do not transmit the virus as frequently as adults or even older children.

But children can certainly still contract the virus, and a growing number of them have as the virus has surged throughout the U.S. Infections among kids grew 40% in the last half of July, according to a report this week from the American Academy of Pediatrics and the Children’s Hospital Association.
Hospitalized Children

And while children do appear to be at a lower risk of getting very ill, a small number have died or required intensive care as a result of either the respiratory failure or an inflammatory condition that seems to only impact children with the the virus that causes heart or circulatory problems. A federal study published last week found that a growing number of children require hospitalization.

Advocates for reopening schools often point to regions that have already done so successfully, or never closed schools to begin with, such as several nations in Northern Europe. Experts, though, stress that those regions have had far less viral transmission than the U.S.

“We believe that we can safely reopen our schools,” Vice President Mike Pence said at the White House event on schools.

Paul Peterson, director of the Program on Education Policy and Governance at Harvard University, appeared, warning that students who miss school likely will earn less money when they’re older. He added, “The most important element in social growth is being with your peers.”

Melanie McGraw Piasecki, a mother of three and former neonatologist, said the “science is so clear” that the risk to children of death is “so, so low.”

Janie Neeley, a mother from South Carolina, said the structure and routine of the school day is critical for her special-needs child. Her school district adopted a virtual-only plan, she said.

“This style of learning will cause my son to regress and fall behind,” she said.