Trump farewell planned for Wednesday morning ahead of Biden oath 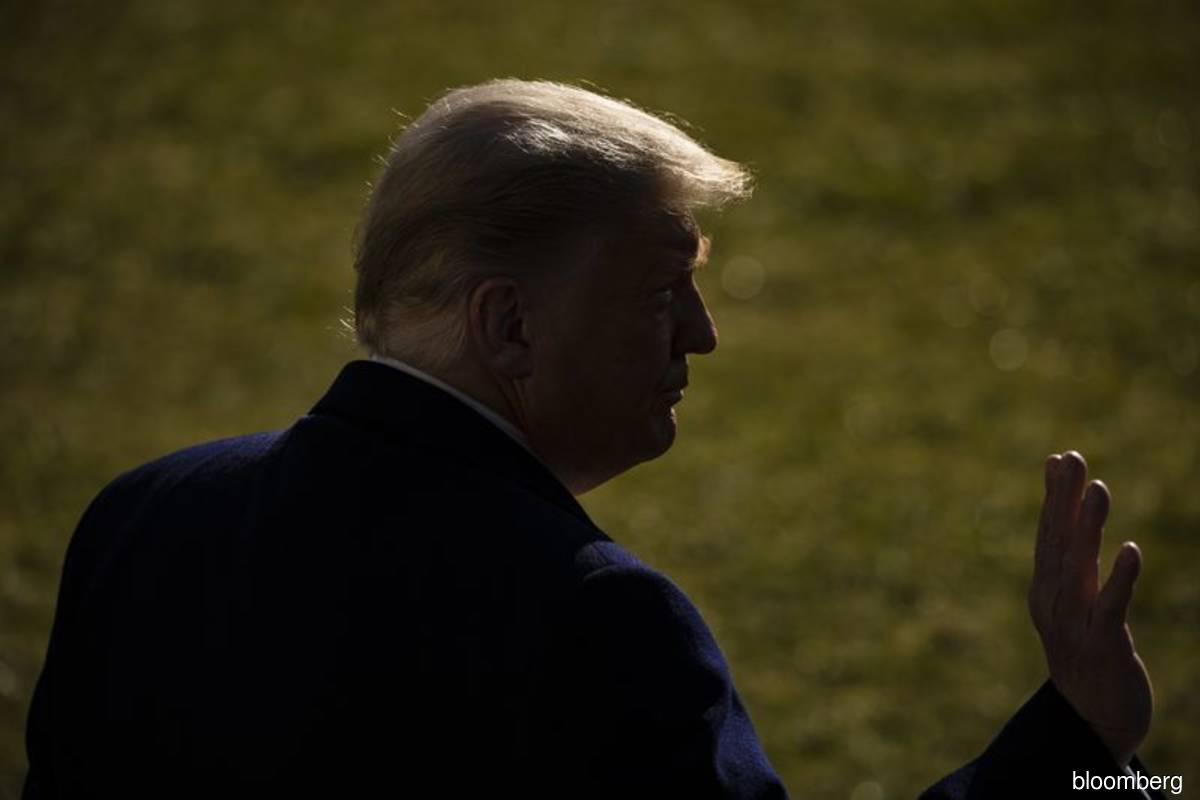 (Jan 18): White House officials are planning a farewell ceremony for Donald Trump as he leaves Washington on Wednesday morning for the last time as president, according to a copy of the invitation seen by Bloomberg News.

The event is scheduled for 8 a.m. at Joint Base Andrews just outside the nation’s capital, where the outgoing president will make his departure aboard Air Force One for Florida. Invitations have been circulated to supporters, including former administration officials and other backers, asking them to arrive by 7:15 a.m.

Trump has decided to skip the Jan. 20 inauguration of his successor, Joe Biden, at the U.S. Capitol, becoming the first living U.S. president in more than a century to choose not to attend the regular exchange of power. Trump will instead be at his Mar-a-Lago resort as the incoming president is sworn in at noon that day.

Some White House aides will be on the South Lawn for the lift-off of the presidential helicopter with Trump aboard, though the attendance will be limited. Strict security measures throughout downtown Washington and especially near the White House will make it too difficult for outside guests to access the campus.

Trump’s decision not to attend the inauguration was announced on Jan. 8 by the president, two days after a mob of his loyalists ransacked the Capitol in a riot that left five people dead. An unprecedented security cordon now encircles the heart of the nation’s capital in the wake of that attack.