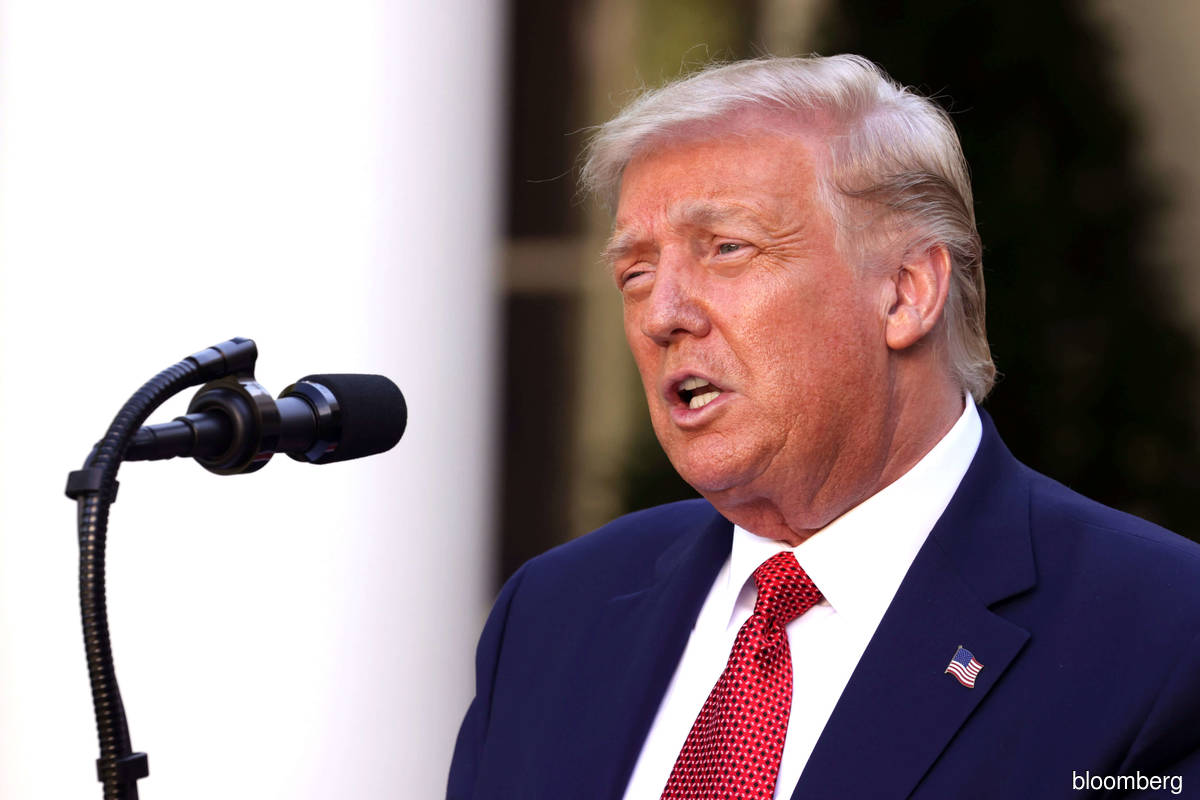 (Dec 7): Two of Donald Trump’s companies were found guilty of engaging in a scheme that allowed executives such as former chief financial officer Allen Weisselberg to evade taxes on company-paid perks including free apartments and luxury cars for more than a decade.

It is the first time a Trump business has been convicted of criminal conduct and comes as the former president is running for a second term. The momentous verdict also comes as he faces a raft of other legal perils, including criminal probes of his handling of classified documents and of efforts by Trump and his allies to overturn the 2020 election.

The jury reached its verdict Tuesday on the Trump Organization’s Trump Corp and Trump Payroll Corp after a monthlong trial — rattling off a straight run of convictions on all 17 counts against them, including scheme to defraud, conspiracy, criminal tax fraud and falsifying business records. Defence lawyer Michael van der Veen, for Trump Payroll Corp, shook his head gravely. Lawyers for both companies said they would appeal.

During the trial, prosecutors in the office of Manhattan District Attorney Alvin Bragg showed that over a 13-year period, Trump executives often disguised holiday bonuses as consulting fees and that Trump even paid for the private school tuition of Weisselberg’s grandchildren.

Trump wasn’t charged, but the prosecutor in his closing statement last week told the jury Trump “knew exactly what was going on” and had “explicitly sanctioned tax fraud.”

Outside the courtroom after the verdict, Bragg commended his team and the jury and said “this was a case about lying and cheating.”

“The former president’s companies now stand convicted of crimes,” he said. “That is consequential.” He added, “They’ve now been held accountable in a court of law right here in Manhattan.”

The DA left just as reporters asked him whether he had any regrets about not prosecuting Trump himself.

Trump said in a statement that it was unfair to prosecute the companies for the acts of the disgraced former CFO.

“This case was about Allen Weisselberg committing tax fraud on his personal tax returns, etc., with he and every witness repeatedly testifying that President Trump and the Trump Family knew nothing about his actions, which he admits were done solely for his own benefit, and with no benefit to the two companies,” Trump said. He said New York “is a hard place to be ‘Trump,’ as businesses and people flee our once Great City!”

Weisselberg, the prosecution’s star witness, pleaded guilty in August and testified against the companies in hopes of a more lenient sentence than the 15 years he could have faced. The 75-year-old executive — who has worked for Trump’s family for almost half a century and remains on the firm’s payroll, now as a senior adviser — told the jury during the trial that he was still drawing his full US$640,000 salary and hoped to collect his US$500,000 bonus in January.

The financial penalty for the companies at sentencing, set for Jan 13, is likely to be only about US$1.6 million, but the impact on the Trump Organization may be greater. For example, it could have trouble making deals in the future.

The firm faces “a host of intangibles,” said Bennett Gershman, a professor at Pace University’s law school. “The parent company, as a felon, could be barred from having contracts with government agencies, and it could make it more difficult to do business with banks,” Gershman said in an interview before the verdict. “This is a big deal.”

The verdict is the culmination of a three-year investigation of Trump and his business practices by the DA’s office and New York Attorney General Letitia James. It was the only criminal case to stem from the investigation.

But the probe isn’t over. On Monday, Bragg announced that he had hired Matthew Colangelo, a former senior Justice Department official with a record of challenging Trump and his firm, to focus on the office’s most important investigations.

Meanwhile James is pursuing a US$250 million civil suit against the Trump Organization. She claims Trump and three of his children inflated the value of the firm’s assets and is seeking penalties including a permanent ban on the four running companies in the state — even as Trump faces the probes over the classified documents and the election.

Trump has called the cases and investigations baseless political vendettas.

Prosecutors argued that Weisselberg and Trump Organization Controller Jeffrey McConney were “high managerial agents” who acted on behalf of the companies. The defence contended that the executives cheated for their own enrichment alone and kept the two business units, Trump and his family in the dark.

The trial provided a rare glimpse of the inner workings of Trump’s closely held company.

The jurors saw how Weisselberg and other executives, including the firm’s top lawyer and chief operating officer, got significant chunks of their annual pay as untaxed fringe benefits. Prosecutors said the businesses profited from the scheme, which lowered their payroll tax costs and saved on Medicare taxes. McConney testified that the practices were in place until Trump became president in 2017.

The prosecution called five witnesses, including Weisselberg, who pleaded guilty to skirting taxes on about US$1.76 million in perks. McConney also testified for Bragg’s office, under a grant of immunity, though he was ultimately declared a hostile witness after being evasive on the stand.

The Trump companies called two witnesses, including an outside accountant they blamed for failing to detect the fraud.

During his testimony, Weisselberg told the jury that Trump approved his salary and annual bonuses but wasn’t aware of how his income was reported to tax authorities. McConney described the unusual pay practices, including giving sizable Christmas bonuses to executives by calling them independent contractors, paid through a myriad of subsidiaries under the Trump Organization.

In their closing arguments on Dec 1, defence lawyers for the two companies told the jury that Weisselberg had betrayed the Trumps. In a hearing without the jury, prosecutors told New York State Supreme Court Justice Juan Merchan that line of argument had opened the door to discussing whether Trump was aware of the scheme. The judge agreed.

In his own closing, Assistant District Attorney Joshua Steinglass told the jury that “this whole narrative that Donald Trump is blissfully ignorant is just not real” and that the two Trump companies could be held criminally liable for Weisselberg’s actions, including tuition for his grandchildren at a Manhattan private school.

To reach their verdict, the jurors had to consider the complex language of a decades-old New York law and determine whether Weisselberg, for example, not only broke the law but did so while acting “within the scope of his or her employment and in behalf of the corporation.”

Weisselberg told the jurors he began as an accountant for Trump’s father, Fred, in 1973 before joining Donald Trump’s company in 1986. He grew emotional when asked, on cross-examination, whether he had lived up to the trust the Trump Organization had placed in him.

“Did you betray that trust?” asked Alan Futerfas, a lawyer for Trump Payroll Corp.

“And you did it for your own personal gain?” Futerfas asked.

“Are you embarrassed by what you did?” Futerfas pressed.

“More than you can imagine,” Weisselberg said, his voice cracking.