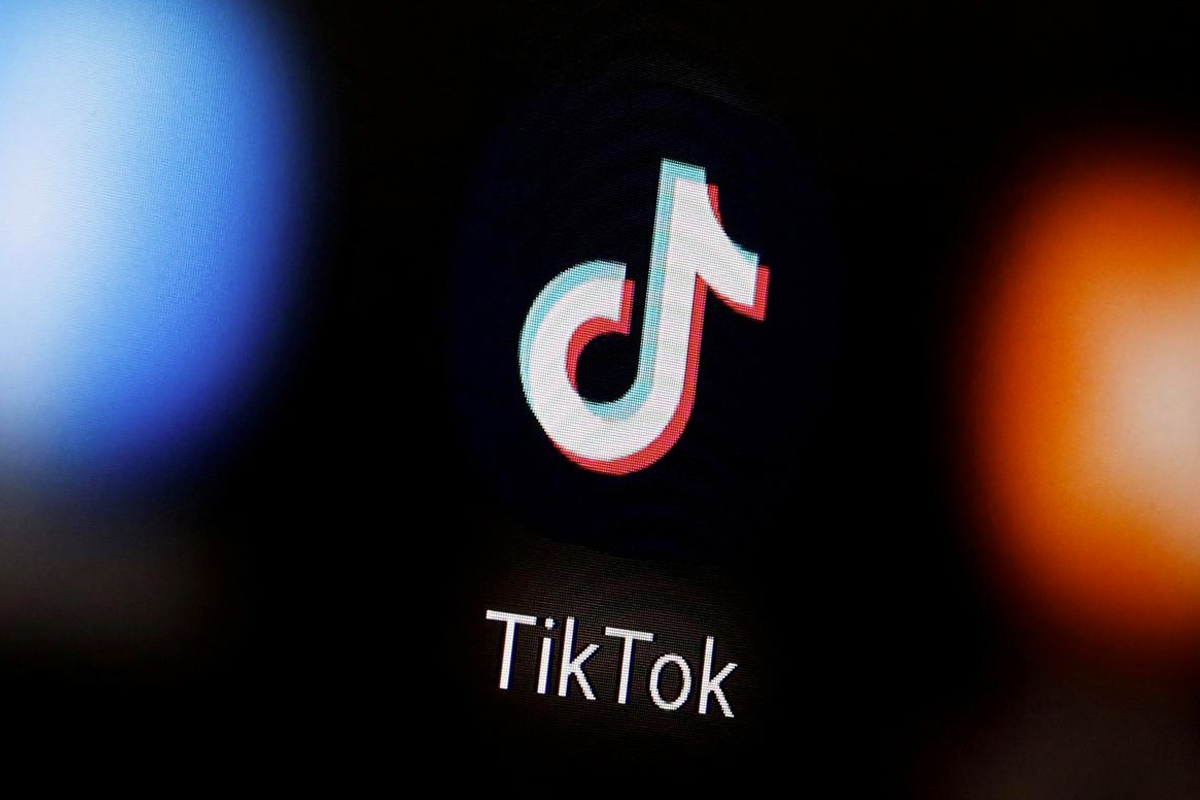 China’s ByteDance Ltd. remains the majority shareholder in a new US company that will include fresh investments by Oracle Corp and Walmart Inc in a future fundraising round.

As part of the deal, Oracle will get access to TikTok’s source code and updates to make sure there are no back doors used by the company’s Chinese parent to gather user data.

(Sept 21): The TikTok video-sharing app was already under US scrutiny when users pranked President Donald Trump’s campaign by pretending to reserve thousands of tickets to a June re-election rally in Oklahoma.

For Trump administration hardliners who wanted a tougher stance toward Beijing and viewed the Chinese-owned app as a national security threat, it was the perfect moment to pounce.

The president, furious over the COVID-19 pandemic and embarrassed by empty seats at his campaign event, obliged.

Linking TikTok to Beijing’s handling of the raging coronavirus outbreak, Trump in July threatened to ban the app used by 100 million Americans unless China handed over control of the company, its algorithms and data to the US.

Hearkening back to his New York real estate days, he also insisted the US government get compensated in the process.

The deal Trump signed off on Saturday, hours before a Sept 20 deadline, does almost none of that.

Trump said he wanted the US part of the business owned by an American company. But China’s ByteDance Ltd. remains the majority shareholder in a new US company that will include fresh investments by Oracle Corp and Walmart Inc in a future fundraising round.

Trump said he wanted the data to stay in American hands, for national security reasons. And he succeeded: Oracle becomes TikTok’s cloud provider, taking over the responsibility of hosting user data on servers within the US.

But the algorithm itself — the thing that makes TikTok TikTok, and that critics warn can influence public opinion if its recommendations engine is abused — will still belong to ByteDance so national security concerns remain, experts said.

And the government payout? That turned into a vaguely worded promise of new tax dollars, and a new education initiative to teach kids reading and math online.

“As for the so-called US$5 billion tax to the US Treasury, that refers to an estimate of the corporate income tax and other taxes TikTok will have to pay in coming years as part of its business development,” ByteDance said in a statement Monday.

“TikTok is confident in its future but the actual tax amount will have to be determined in accordance with the actual state of the business and American tax structures.”

Still, Trump said he was satisfied.

“They’re going to be setting up a very large fund,” Trump said Saturday. “That’s their contribution that I’ve been asking for.”

The president did get a partial victory. He said the new company will have a Texas headquarters and promised to hire 25,000 Americans, although no breakdown or timeline for the hiring was provided. The board will be American-run. Most importantly, the move wraps up a crisis six weeks before the US election, concluding one of the more extraordinary episodes in a presidency that has been filled with them.

Statements like those are causing skeptics to say Trump singled out TikTok for political reasons — either because of a perception its users dislike him, or to bludgeon China — and that he took an agreement that met few of his terms for the same reason. They add that the president’s direct involvement and his acceptance of a deal brokered by a key ally — Oracle founder Larry Ellison — reeks of political interference.

“The government should be in the business of citing national security concerns but they shouldn’t be in the business of brokering a back-room deal with a US company,” said Ari Lightman, a professor of digital media and marketing at Carnegie Mellon University. “You have to ask yourself — why didn’t they go through the proper steps?”

For national security hawks, a key issue all along was Chinese control of American users’ data. Traditionally, US-developed software and apps were exported abroad — think Facebook or Twitter. TikTok was the first Chinese app to rocket to such popularity in the US, giving Beijing a chance to project the sort of “soft power” abroad that it long craved.

For Trump, it was more personal, according to a person familiar with the matter. The White House was furious that TikTok users may have encouraged people to request but never use tickets to the June 20 rally in Tulsa, Oklahoma. The rally was billed as Trump’s first big event after months sheltering from the coronavirus, and the campaign expected tens of thousands of people to show up. In the end, about 6,000 people turned out and Trump was greeted by rows of empty seats.

At the same time, a security review of the app was underway. The scrutiny stemmed from ByteDance’s 2017 acquisition of Musical.ly, a lip-synching app based in China but whose majority of users were in the US. It was folded into TikTok.

ByteDance didn’t report the deal to the Committee on Foreign Investment in the US for approval, but two years later the panel contacted ByteDance.

The issue simmered into 2020 as tensions between Washington and Beijing soared and the COVID-19 pandemic initially dismissed by Trump began killing tens of thousands of Americans. Cfius opened a formal investigation into the acquisition in June.

The Cfius probe was in keeping with much stricter investigations against China under Trump. He previously blocked three acquisitions by Chinese investors, the most of any president, while numerous other deals have collapsed after the committee raised national security alarms.

It was worries about personal data, for instance, that prompted Cfius last year to force the Chinese owner of the gay-dating app Grindr to sell the business.

With a Sept 20 deadline Trump set for a deal looming, Treasury Secretary Steven Mnuchin got to work. By last week, a resolution appeared to have been found. Treasury sent a term sheet to ByteDance that laid out the conditions which were eventually approved: four out of five people on the board would be American, including a representative from Walmart, along with a national-security committee led by an American with cyber-security credentials to oversee any issues that arise.

In addition, the sides agreed that the new company — which Mnuchin dubbed TikTok Global — would file for an initial public offering next year. The company will seek a valuation of US$60 billion, according to a person familiar with the matter.

That seemed to persuade the most significant participants on the Cfius executive committee. Mnuchin and Commerce Secretary Wilbur Ross were always on board. But even Secretary of State Michael Pompeo, who had long warned about the dangers of China exploiting US user data, eased his own opposition. Several Republican senators who had also expressed early opposition came around.

Questionable math is being leaned on to get around Trump’s demand that US investors have majority control of the company.

ByteDance will retain an 80% stake in the new company. But because existing US investors hold a 40% stake in ByteDance, counting the new investments by Oracle and Walmart as well as other minority American shareholders, the Trump administration claimed there is 53% ownership by the US.

Then there are the clear political overtones associated with the new investors. Oracle CEO Safra Catz was on Trump’s transition team and was considered a possible candidate for top jobs including national security adviser and World Bank president.

Company founder Ellison hosted a fundraiser for Trump and met with Pompeo along with other tech titans in January.

It’s not just Oracle: Sequoia Capital, a major investor in ByteDance who helped broker the TikTok deal, will also retain its stake in the Chinese company. Sequoia managing partner Doug Leone donated US$50,000 last year to Trump Victory, which splits contributions between the campaign and the Republican National Committee. He also gave the same amount that year to America First Action, a super-PAC that supports Trump, although a person familiar said Leone doesn’t have a personal relationship with the president.

“There are reasons to be skeptical about President Trump’s own motivations to ban the app, given the perverse political incentives in play,” said Elsa Kania, an adjunct senior fellow at the Center for a New American Security. “Different rationales and motivations with varying degrees of credibility appear to come into play.”

As part of the deal, Oracle will get access to TikTok’s source code and updates to make sure there are no back doors used by the company’s Chinese parent to gather user data, people familiar with the matter said last week. Yet ByteDance will allow Oracle only limited access to view the source code for “safety” purposes and retain full control of its algorithms, the company said in its statement Monday.

Security experts said the original source of concern about TikTok still hasn’t been resolved, even with Oracle and the US.board having insight into the app’s technology and data.

“These sound like great political talking points,” said Michael Coates, chief executive officer of Altitude Networks and former chief information security officer at Twitter. “The whole notion that this is protecting national security is pretty challenging. There are plenty of instances where US companies bundle data and put national security at risk. Picking the odd foreign company that does this and targeting them won’t help.”