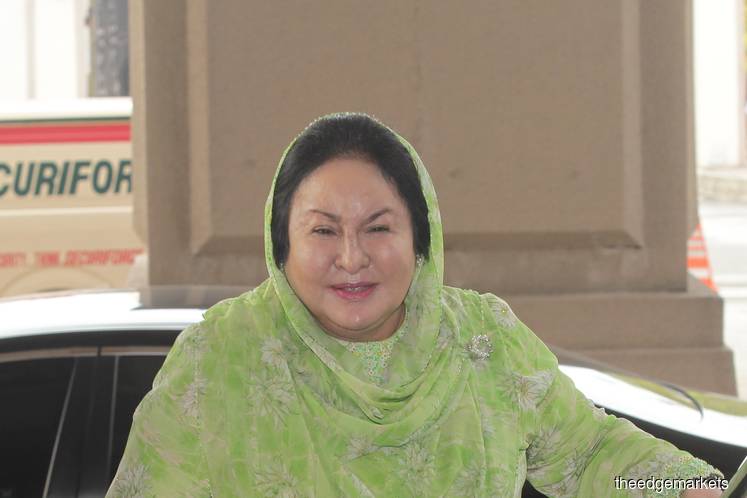 KUALA LUMPUR (May 18): The hearing of Datin Seri Rosmah Mansor’s case for money laundering and tax evasion involving RM7.09 million, which was set for this month, has been vacated to make way for her ongoing corruption trial involving the solar hybrid project for rural schools in Sarawak.

High Court judge Mohamed Zaini Mazlan, who is presiding both cases, said he is giving priority to the ongoing solar hybrid case before proceeding with the money laundering case.

“The dates previously fixed in May cannot go on because of the movement control order (MCO) to curb the spread of Covid-19,” he said during the case management today and set July 30 for another case management to fix new dates for the trial.

Prior to this, the court set May 12 to 14 as well as July 6 to 9, 13 to 16 and 20 to 24 for the money laundering and tax evasion trial involving the wife of former prime minister Datuk Seri Najib Razak.

On Oct 4, 2018,  Rosmah pleaded not guilty in the Sessions Court here  to 12 counts of money laundering, involving RM7.09 million, and five counts for failing to declare her income to the Inland Revenue Board (IRB).

The charges of money laundering were framed under Section 4(1) (a) of the Anti-Money Laundering, Anti-Terrorism Financing and Proceeds of Unlawful Activities Act 2001 and punishable under Section 4(1) of the same law, which provides an imprisonment of up to 15 years and a fine of not less than five times the sum or the value of the proceeds of unlawful activities or RM5 million, whichever is higher, if found guilty.