IT’S often easier to spot someone glued to his or her smartphone trawling the social media websites than coming upon people engaging in conversation.

For what seems like ages now, we have bid goodbye to SMS and said hello to Facebook, WhatsApp, WeChat and Line. People are relying more on data, compared with other services offered by mobile companies.

GlobalWebIndex (GWI) in a recent survey found Indonesia and Malaysia are the world’s most active Facebook markets, and that a whopping 96% of Internet users in Malaysia have a Facebook account.

Social networking has proven to be one of the fastest rising online activities over the last five years in the Asia-Pacific, growing 242% compared with the global average of 187%.

Google Plus and YouTube were not far behind Facebook, with 80% and 77% of Malaysian Internet users having accounts on each, respectively.

Also, in September alone, the Asia-Pacific had 2.5 times the number of bloggers compared with the rest of the world combined.

Why is it that people are now becoming more inclined to use messaging apps instead of making calls or texting? According to GWI’s survey, 45% of respondents said this was because they’re free, while 41% believed these apps are quicker at passing messages than texting or going via social networks.

WeChat was most popular both globally and in the Asia-Pacific. Surprisingly, WhatsApp, the first messaging service to break into the mass market only has 18% of global market share.

Why is the Chinese-made WeChat so popular? Its global rise can be attributed to Chinese and other Asian users around the world, according to GWI head of trends Jason Mander.

When survey participants were asked why WeChat was the app of their choice, though, their answer was that “it’s fun”. Perhaps the fun component in WeChat is evident in that it’s essentially a “do-it-all” app as opposed to being a purely messaging app.

WeChat can be used for shopping, gaming, and even banking. In fact, it has been shown that WeChat has been most successful in monetising the app. It now makes more money by selling games and charging fees for providing online payment functions than any other messaging app out there.

It would seem that the other messaging services are lagging behind, although Facebook’s recent move in making Facebook Messenger a separate app has caused speculation that the social network king has all sorts of new plans to start monetising it, similar to WeChat.

Social media and messaging apps have brought mobile phone use into the next era. Soon, SMS and even traditional phone calls will be a thing of the past as more people move on to smartphones.

“Some of our clients are big mobile phone providers, and they are getting quite worried about the rise of all these apps, as they will inevitably eat into the profits they reap from charging for text messages and phone calls,” said Mander.

“However, I don’t see this happening for at least another decade or more. There are plenty of rural folk, and the older generation hasn’t embraced this new technology. For some reason, people always tend to overlook those aged above 45. They are relevant, though, and they make up a big proportion of the demographics.” 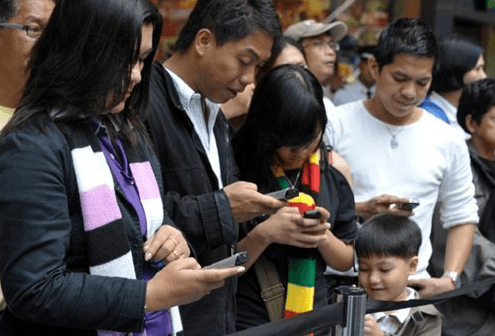 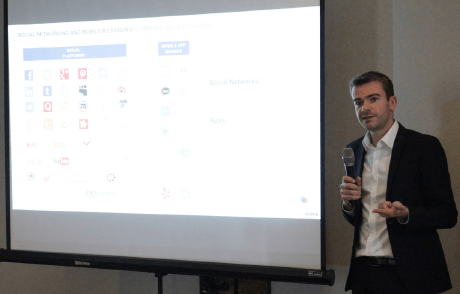