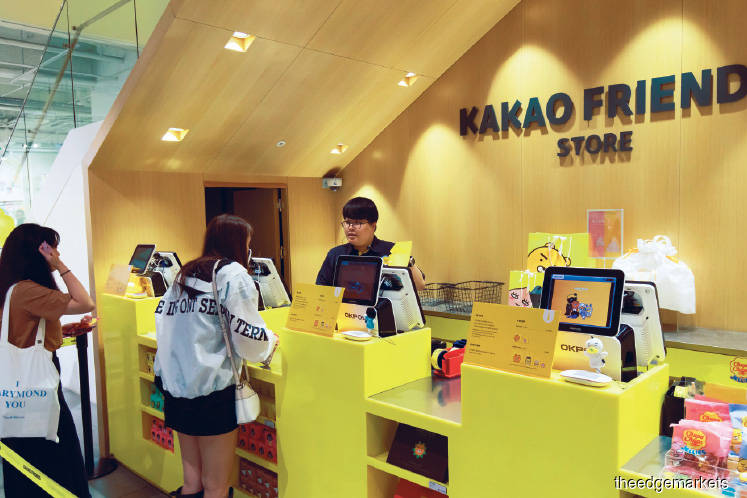 Consumers are driving the demand for digital-only banks and insurers in Asia-Pacific. Pioneers such as China-based WeBank and South Korea-based Kakao have provided early and emphatic business cases, but this is just the beginning, according to an August report by financial research firm Forrester.

According to the firm’s The Pulse of Financial Services Customers in Asia-Pacific report released on Aug 7, digital-only banks are expected to gain significant traction in the region over the next few years. A large number of respondents (polled throughout Asia-Pacific) said they would consider switching to digital-only banks in the next two years.

Regulators in Hong Kong, Singapore and, more recently, Malaysia are at various stages of drafting relevant regulations and approval processes. Malaysia’s digital banking framework is set to be launched by year end and more than 10 parties have expressed interest in setting up digital banks in the country, according to Suhaimi Ali, director of financial development and innovation at Bank Negara Malaysia.

In June, Monetary Authority of Singapore chairman Tharman Shanmugaratnam announced the issuance of up to five digital bank licences in the city state. Other countries are gradually following suit and as a result, the entire region is on the cusp of major breakthroughs in digital banking, the report notes.

The strong preference for digital-only banking should not come as a surprise as 77% of banking customers in the region prefer digital channels, according to the report. Mobile banking is the region’s top digital channel, but internet banking remains a slightly more important channel in Australia and a close second in Hong Kong and Malaysia.

Much like those in the retail banking space, traditional insurers are launching digital-only life insurance distribution models.

Interestingly, with the exception of Singapore and Malaysia, digital is the preferred post-sales engagement channel across the region. Between 40% and 60% of customers prefer digital engagement channels, the report notes. However, these consumers often find digital services lacking in basic areas, including the ability to view policies, premiums, savings totals and rates of return.

Even when agents do get involved, customers expect them to be digitally savvy and to be able to engage effectively through digital channels. Some 60% in Hong Kong and nearly 90% in metropolitan India believe it is important that their agents use digital tools to help clients understand the best products that meet their needs.

In fact, poor digital experience is an often-cited reason for switching between life insurers. According to the report, between 10% (Indonesia) and 17% (metropolitan India and Malaysia) switch life insurers due to this issue.

Taking a two-year view, Malaysian respondents were evenly split between “yes” and “no” when asked if they would switch to digital-only insurers. However, once again, respondents in Indonesia (51%) and Thailand (46%) overwhelmingly said they were considering making the switch in the next few years.

More broadly, the poll found that consumers in metropolitan China (85%) and metropolitan India (81%) were leading the demand for major product and experience innovation in the financial services space. Having said that, other countries in the region are gradually following suit. A closer look at banking and insurance-related consumer preference data in countries such as Australia, Malaysia and Singapore reveal relatively positive views of the digital wave in the financial services landscape.

Nonetheless, there is still sufficient divergence from country to country — the implication being that financial services and technology players should not treat the region’s billions-strong consumer base as a single bloc, China and India notwithstanding.

Traditional players in the financial services industry risk missing the boat as fast-evolving consumer expectations push key personal financing services online. As these players have been slow to react, technology giants and next-generation industry disruptors have seized the initiative and are forcing change.

Today, there exists a multibillion-dollar digital-first supply chain, comprising tech giants, digital-only banks and insurers, payment providers, e-commerce platforms and even ride-sharing unicorns. Each of these players represent a threat to the incumbents in the financial services space, says the report. They are offering services that are simpler, more convenient to access and more personalised than ever before.

The traditional players still largely command the trust of consumers to act in their best financial interests, according to the report. However, even this key dynamic is being threatened by a host of new, digital-first entrants.

In countries such as China and India, consumers’ trust in the digital ecosystem is so high that many of the firms regularly score higher than insurers and government pension funds. According to the report, Google has just about edged banks in India as the most trusted company to act in their best financial interests.

In China, Alibaba and WeChat rank just slightly behind banks. In the region, insurers have broken into the top three in just two locations — Hong Kong and Malaysia.

Driving the demand for these services is the fact that digital-first consumers are more open than ever to new digital financial services and operating models, the report notes.

As customers continue to seek out new and interesting use cases, tech giants and other financial services-related entrants will continue to deconstruct the personal finance services ecosystem. In the process, the new financial services landscape in Asia-Pacific will broaden and become fragmented in ways that conventional institutions no longer recognise, says the report.