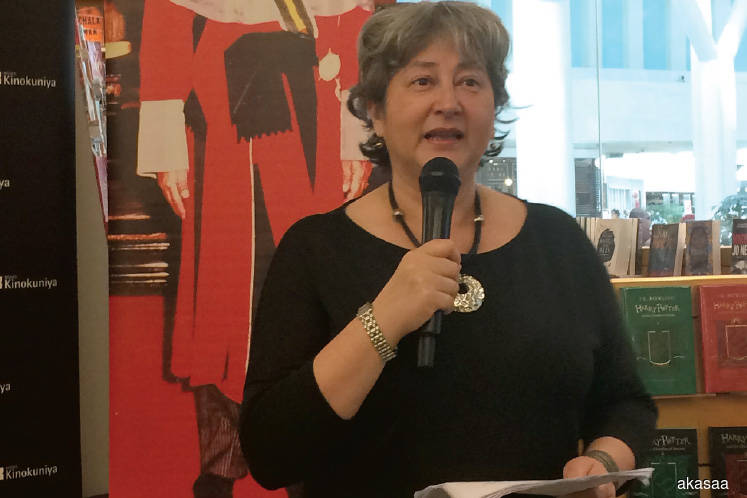 KUALA LUMPUR: The publication of Tan Sri Eusoffee Abdoolcader’s judgements to mark Merdeka Day this year is a timely reminder of his insistence on the rule of law, says British High Commissioner HE Vicki Treadell in a tribute to the acclaimed jurist.

Referring to the new government’s commitment to institutional reforms to restore the functionings of democracy, she said: “How fitting and timely then that we are reminded of this judge, this man of the law, who stood for the rule of law because it’s a reminder to everyone in Malaysia of how good it can be because this is how it was.”

“To return to that trajectory, the re-establishment of the rule of law, and now with two volumes that remind the current judiciary, young lawyers, those thinking of going into the field, that this is the standard, this is the benchmark, this is what we are talking about — this is what Malaysia is returning to,” said Treadell.

She was speaking in a tribute to Eusoffe at the launching of Kinokuniya Book Store’s Merdeka month celebration last Friday.

The two-volume publication of Eusoffee’s judgements, who is renowned as the Legal Lion of the Commonwealth, is the first in a series to revive the history of a man who has been called Malaysia’s Greatest Judge, the publishers Akasaa and Avec said in a press statement.

“As a jurist, he was second to none,” Treadell said, and his laser-like intellect and photographic memory would often put someone on the spot or challenge a lazy counsel who had not done his homework with just a few pithy words.

“Standing up for the constitution of this country, and in particular the separation of powers, the integrity of the judiciary, if he felt the government had strayed beyond its constitutional place, he was not afraid of doing so and pointing out that actually they were breaching the constitution and the law,” she said.

“His judgements were drawn on not just in this country but across the Commonwealth where we share English common law of the legal system around the 50 plus nations of the Commonwealth,” said Treadell, who was born in Ipoh.