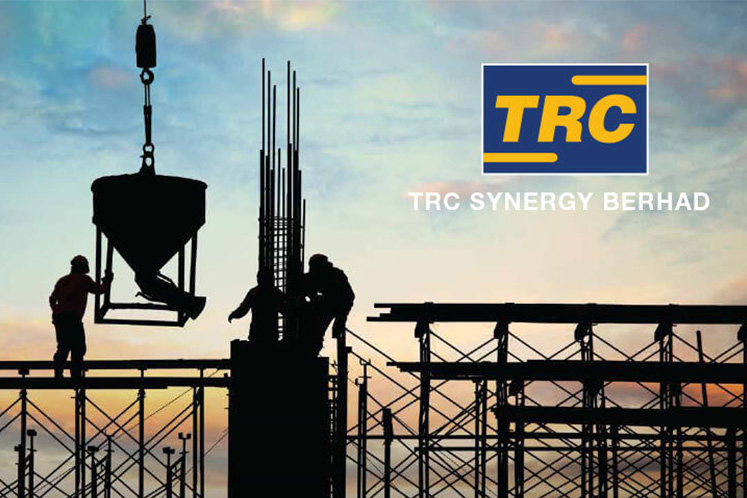 Executive director Datuk Abdulaziz Mohamad said the group has set a lower tender book replenishment target of RM2 billion this year. Last year, it had bid for about RM5 billion worth of contracts and managed to secure close to RM600 million.

"We are not that big. So, our target has always been conservative. We are looking at (achieving) between RM600 million and RM700 million in turnover a year. Last year we achieved that (target) and this year we expect the same,” he told reporters after the group’s annual general meeting today.

TRC Synergy is banking on higher contribution from its property development segment this year.

Abdulaziz said the property development segment is expected to contribute up to 25% to the group’s total revenue, from 10% currently.

The rest will come from its construction business, he added.

“Our joint-venture project with Prasarana Malaysia Bhd in Ara Damansara has a gross development value of RM1 billion over the next five years,” he said.

In a separate statement, TRC Synergy managing director Tan Sri Sufri Mohd Zin said the group is well positioned for sustained growth with its unbilled order book in hand of RM2.5 billion, and potentially new contract wins from both peninsula, as well as Sabah and Sarawak.

“At TRC Synergy, we still have plenty of room to grow from strength to strength, riding on the group’s proven track record and implementation capabilities throughout all these years to where we are as one of the key player, a force to be reckoned within the industry.

“With the many sizeable infrastructure projects that are coming on stream over the next few years, such as the East Coast Rail Link, Coastal Road Project (Sarawak), Second Trunk Road Project (Sarawak), Sarawak Water-Grid project and Pan Borneo Sabah, among others, and barring any unforeseen industry and market circumstances, the group is optimistic of the opportunities going forward,” he said.