Travel bubbles can be catalyst to restart international travel 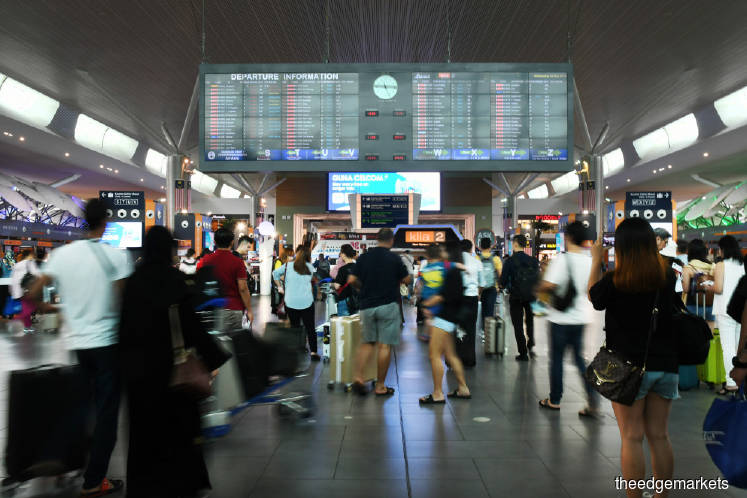 AS the number of Covid-19 cases continues to drop in much of Asia, pressure is mounting on countries to reopen their borders and allow international air travel to resume. In Malaysia, calls for the government to implement travel bubbles are growing louder from players in the travel trade sector, which is among the worst-hit by the coronavirus pandemic.

“Travel bubble” has become the new buzzword in Asia as most countries appear to have Covid-19 under control, says HSBC Global Research.

What is a travel bubble? “Broadly speaking, a travel bubble would allow residents of certain places — with a low number of Covid-19 cases — to travel freely across borders without undergoing the mandatory 14-day quarantine period,” says the research house.

The concept was first mooted by Australia and New Zealand early last month. Dubbed the “trans-Tasman bubble”, it is a way for the neighbouring countries to restart travel. However, the plan has since faced a setback after the Australian government said the country’s borders could remain shut until next year.

But other countries look set to take up the idea. Last week, Singapore began a “fast lane” arrangement with six cities in China while Thailand was reportedly in talks to create travel bubbles between Bangkok and a few cities in China, Japan, South Korea and Vietnam. The Indonesian government was also quoted as saying that it was drawing up plans for such a move with four countries, namely China, South Korea, Japan and Australia.

For Malaysia, a travel bubble is still in the proposal stage. Last Wednesday, Minister in the Prime Minister’s Department (Economy) Datuk Seri Mustapa Mohamed told Astro Awani that the government was still mulling over such an alliance although he conceded that it is “definitely time for the travel bubble to happen”.

“These countries appear to have flattened the curve when it comes to new infections, even after loosening some of their lockdown restrictions. Singapore and China, for instance, already plan to begin ‘jetting’ essential passengers back and forth, beginning next week,” it says in a June 12 report.

It notes that plans to reopen borders speak to people’s and governments’ desire to regain a sense of normality, in addition to restoring economic activity.

“Data shows that despite governments loosening some restrictions in recent weeks, mobility across Asean remains largely constrained compared to pre-pandemic levels. Many countries in the region are also likely to see a meaningful jump in their unemployment numbers once their respective second-quarter 2020 data is released. As such, a partial reopening of borders could help restore some jobs, particularly in tourism or foreign direct investment-reliant industries,” it adds.

“Malaysia has three options to reopen international travel and tourism. The first option is to open travel and tourism to all countries regardless of the respective countries’ progress in containing the spread of Covid-19. Of course, this is not recommended (given the health risks).

“Another (more drastic) option is to continue to close our international borders until the pandemic no longer exists globally. While we will perhaps remain safe, we will be left behind,” he tells The Edge.

The third and most feasible option is to form travel bubbles or “green lanes”, says Tunku Iskandar, who is former president of the Malaysian Association of Tour and Travel Agents and former chairman of the Pacific Asia Travel Association. “We can start permitting travel between countries or within a group of countries until a vaccine is found and made widely available. The obvious pairing is Malaysia and Singapore. Another grouping being touted is Asean, although not all the countries are on par in combating Covid-19.”

David Jones, head of the aerospace committee of the EU-Malaysia Chamber of Commerce and Industry, concurs. He believes that travel bubbles are important in reviving national economies through both increased international business and tourist traffic. It does, however, require those countries within the travel bubble to reach an agreement on standard operating procedures (SOPs) for monitoring and containing the virus.

Jones is of the view that Malaysia should be encouraged to be involved in an Asean-led initiative for such a travel bubble.

“This, if put in place, would cover 75% of all international traffic. It is not a question of being left behind but more that Malaysia can be part of the process and ensure that Asean travellers are able to travel to Malaysia without the need to quarantine. Once this is in place, Malaysia, perhaps through Asean, can consider opening up travel bubbles with like-minded nations,” he adds.

AirAsia Group Bhd head of global affairs and government relations Shasha Ridzam says the formation and discussion of travel bubbles and green lanes between Malaysia and key economic partners with a low infection rate and proven pandemic curbing systems would be a step in the right direction to help restart the economy.

“It is effective when the governments involved are working together to enforce strict pre-travel conditions for travellers based on their quarantine, travel and health histories, while engaging in regular consultations on measures affecting cross-border movements, as well as data sharing on infection levels, testing and tracing to ensure effective containment,” she says in response to questions from The Edge.

On its part, the region’s largest low-cost carrier has been readying social-distancing measures and implemented end-to-end contactless procedures to ensure the safety of its passengers as it gradually resumes services.

“Countries with a low Covid-19 infection rate and proven pandemic curbing system, or so-called ‘green countries’, can form travel bubbles, which would allow travellers from these countries to travel under mutually-agreed reciprocal SOPs governing quarantine and testing requirements,” says Shasha.

She notes that countries around the world are gradually reopening their borders in recognition of the fact that air transport provides the connectivity that is essential for the resumption of economic activities. The travel and tourism industry contributes 11.5% to Malaysia’s gross domestic product and represents 14.7% of total employment.

International Air Transport Association assistant director of corporate communications for Asia-Pacific Albert Tjoeng agrees that travel bubbles are a step forward and will help towards restarting international travel. “The important thing is to ensure that the measures are aligned with the International Civil Aviation Organization guidance so that the bubbles can be expanded to include other countries and restore global connectivity by air.”