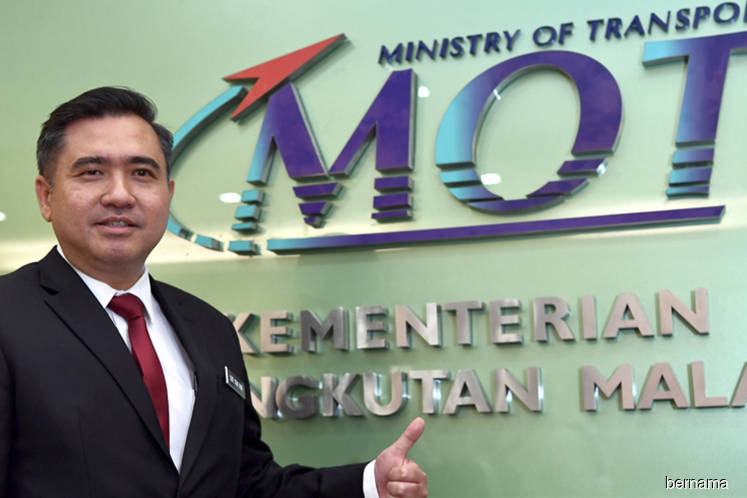 KUALA LUMPUR (Sept 3): The Ministry of Transport is considering a merit system to reward prudent drivers through vehicles insurance discount, and is hoping to implement it next year.

At a press conference after his visit to the Automated Awareness Safety System (Awas) control centre today, Transport Minister Anthony Loke Siew Fook said the Ministry will initiate discussion with General Insurance Association of Malaysia (PIAM) on this measure.

“Discussion with PIAM will be initiated immediately, in fact this idea came from PIAM when we were having a dialogue with them. We do not want to be seen as just penalising people; we want to make it clear that the main aim is to educate people in their driving behaviour, so other than penalty, we want to have a set of rewarding systems as well, to incentivise people to drive prudently,” Loke said.

After the government takeover of Awas operation from its concession owner on Sept 1 this year, the traffic offence camera system has issued 1,298 summons in just two days on Sept 1 and Sept 2, of which 1,121 summons were related to speed limit, and 147 summons to non-compliances to traffic lights, he said.

After the takeover, which was done by the Road Transport Department (JPJ), the government is operating 45 cameras nationwide, of which 29 of them are meant to capture speed limit-breaching photographs, while the remaining 16 are meant to capture images related to non-compliances pertaining to traffic lights.

“Offenders will be given 60 days to pay off the compound rate of RM300, no more RM150, while also face points reduction in our Demerit Points System (Kejara),” Loke said.

Details on camera location and penalties in the form of compound or Demerit Points System will be uploaded to JPJ’s website for transparency sake, he added.

“Our aim is to foster prudent driving behaviour, not to earn revenue, we do not look at it from that perspective. So if possible, we hope revenue from this segment to be zero, we can increase government revenue in many ways, I have many ideas, tendering car plate is one of them,” he said.

“There will not be any discount to the compound rate, at least during my tenure as Transport Minister, and no exception will be given to any vehicle,” he said.

Loke noted however that the official vehicles for Malaysian Royalty, Prime Minister and Deputy Prime Minister, are exempt from the penalty system.

“Only the official vehicles, the other vehicles, driven by even the members of the Royal family, have to comply with the law. For ministers’ vehicles, when they are issued a summon, have to pay as well, and drivers for that vehicle will face the demerit of points,” he said.

“Same goes to the others, if the driver is not the car owner, the car owner can write back to us when the summon is issued, to tell us the driver’s name, and we will issue a new summon to the driver. This is because many bus service companies told us about this problem, where their drivers were the offenders, but the company has to be responsible, at the end,” he added.