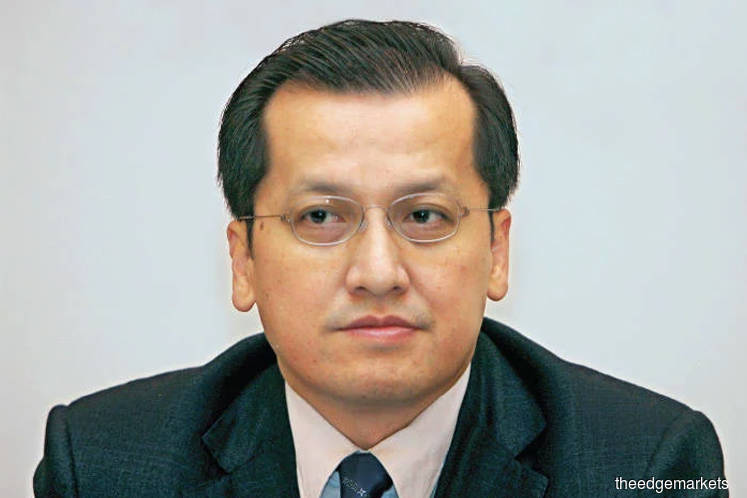 While being cross-examined by deputy public prosecutor Mohd Hafiz Mohd Yusof since 9am, Gan complained of a migraine and that he could not continue with the cross-examination.

This led to Sessions Court Judge Hasbullah Adam adjourning today's court proceedings at 3.18pm till tomorrow (June 20) at 10.30am.

The line of questioning by Hafiz today mostly revolved around minutes of the board meeting that took place on the morning of Feb 15, 2007, the same day Transmile's overstated financial earnings for the financial year ended Dec 31, 2006 (FY06) were filed with Bursa Malaysia.

When Hafiz asked if he was only making excuses to blame other people in the company for the overstated financial reports, Gan said: "No, I disagree."

Gan, however, admitted that he did not raise any concerns with regards to the financial statements during the board meeting.

In 2011, the Sessions Court had convicted and sentenced Transmile independent directors Shukri Sheikh Abdul Tawab and Jimmy Chin Keem Feung to one-year imprisonment and a fine of RM300,000 after they were found guilty under section 122B(b)(bb) of the Securities Industry Act 1983 for knowingly authorising the furnishing of the misleading financial statement to Bursa Malaysia.

The misleading statement was in relation to the unaudited revenue figures which were reported to Bursa for both the fourth quarter of 2006 and the cumulative period of 2006.

The company then appealed the case to the High Court, which had in 2015 affirmed the conviction and sentence imposed by the Sessions Court.

Both Shukri and Chin, who were at the time members of the audit committee and independent directors of Transmile, were charged in November 2007 for the offence. During the trial, 11 witnesses were called by the prosecution while both accused testified when their defence was called.

In Gan’s case, 42 prosecution witness were called. Following that, the Sessions Court judge ruled that there was a prima facie case and the defence was called on March 16, 2011. Defence then commenced on July 27, 2018

Gan’s primary charge is for committing an offence under section 86(b) read together with section 122C(c) of the Securities Industry Act 1983 (Act 280) and punishable under section 88B of the same Act. The offence is for abetting Transmile in making a statement that is misleading in its “Quarterly Report On Unaudited Consolidated Results For The Financial Year Ended 31 December 2006”.

However, he was called for defence for an alternative charge for committing an offence under section 122B(a)(bb) of the Securities Industry Act 1983 (Act 280) when he, with intent to deceive, furnished a misleading statement to Bursa Malaysia with regard to the financial statements of the same year.

If convicted, Gan is liable to a fine of not less than RM1 million and up to 10 years' imprisonment.

Transmile accounting scandal in 2007 was likened to the financial fraud at Enron. The air freight company, in which tycoon Robert Kuok Hock Nien had owned a majority stake at one time, reported stellar earnings for FY06 when in fact it was actually due to massive accounting irregularities. This was revealed after the external auditors at the time, Deloitte & Touche, refused to sign off the final accounts because it was doubtful of Transmile’s receivables.