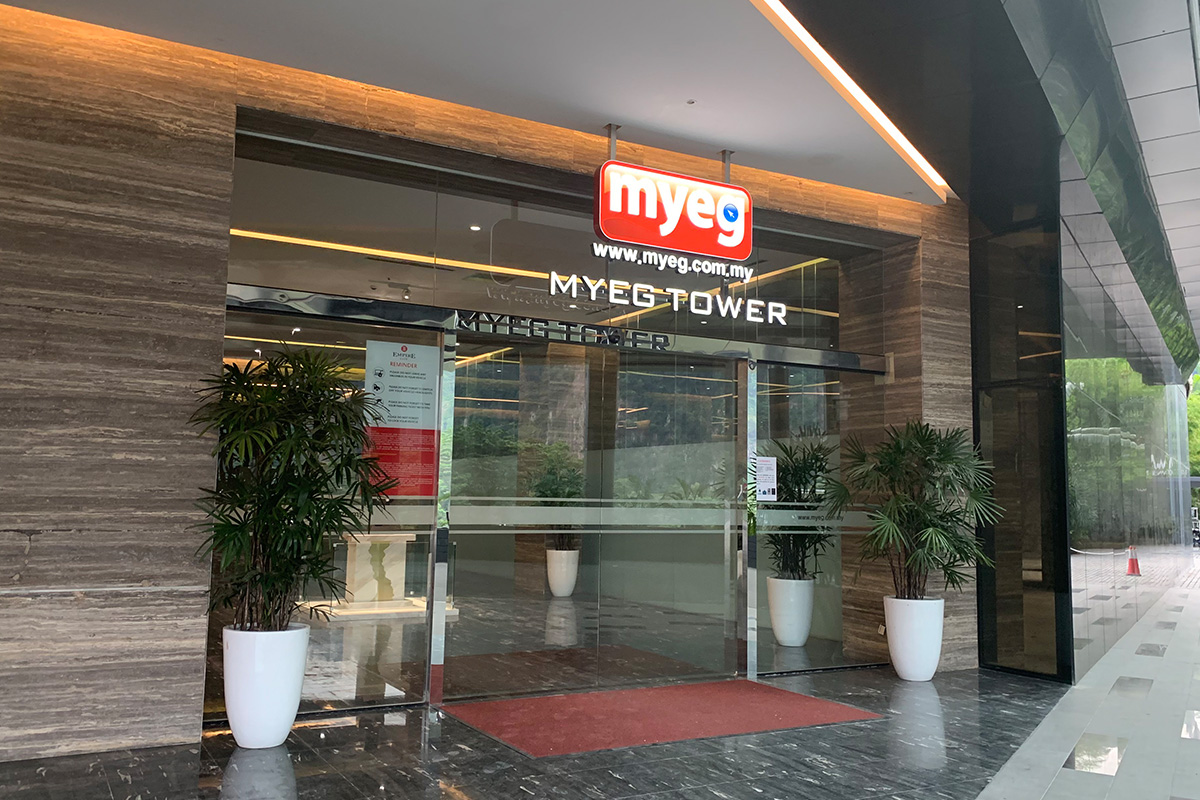 KUALA LUMPUR (Dec 9): My EG Services Bhd (MyEG) is planning to raise up to RM407 million via placement to fund the development of hostels for foreign workers under an ongoing project, develop healthcare-related services, and to buy fixed assets like kiosks for the online renewal of car and motorcycle road tax under its e-government concession business. It intends to place out up to 220 million new shares that represent up to 6.29% of its total issued shares to third-party investors to be identified, the group said in a stock exchange filing.

While the actual issue price of the shares is yet to be fixed — it will be determined by way of a book-building process and shall be fixed at no more than a 10% discount to the five-day volume-weighted average market price of its shares prior to the price-fixing date — the expected sum to be raised is based on the illustrative price of RM1.85 per placement share.

Of the amount to be raised, the largest portion of RM168 million has been fixed for the development of healthcare-related services, following its venture into the healthcare sector in May this year, under which it has launched a one-stop portal for employers to register and manage Covid-19 health screening of their employees.

"In addition, the group plans to expand its services by setting up health screening checkpoints throughout the country, subject to appointment by the relevant authorities. The expected costs for the health screening include the cost to set up mobile laboratories and the purchase of equipment for health screening," MyEG said.

It also pointed to its Dec 7 announcement about having inked a memorandum of understanding (MoU) with Anhui Zhifei Longcom Biopharmaceutical Co Ltd (Zhifei) to cooperate in conducting Phase 3 clinical trials and to subsequently commercialise Zhifei’s Covid-19 vaccine in Malaysia.

"The group will also be working towards obtaining Halal certification for the Covid-19 vaccine from the Department of Islamic Development Malaysia (JAKIM). The MoU allows the company to exclusively distribute the vaccine in Malaysia for a period of three years.

"If the group is not able to use the proceeds for the above plans, the proceeds will be allocated to other future projects to be identified within the healthcare sector or for the working capital purposes of the group," it added.

Meanwhile, it plans to use RM126 million from the proceeds to be raised to buy fixed assets and related solutions under its e-government concession services, which include the kiosks mentioned above, and RM94.5 million to fund the construction of the said foreign workers hostels in Tanjung Langsat under the Foreign Workers Accommodation Programme (FWAP). Of the balance, RM9.1 million will be used for working capital while RM9.4 million will be used to bear the estimated expenses of this placement.

Trading of MyEG shares is suspended from 2.30pm-5pm today to make way for the fund-raising announcement. Prior to the suspension, MyEG's shares slipped four sen or 2% to RM1.96, giving it a market capitalisation of RM6.84 billion, after 17.3 million shares were traded.

The stock, which hit a low of 80 sen apiece in March, is now trading at more than two times that. Year to date, the stock has climbed 78% from when it was trading at RM1.10.