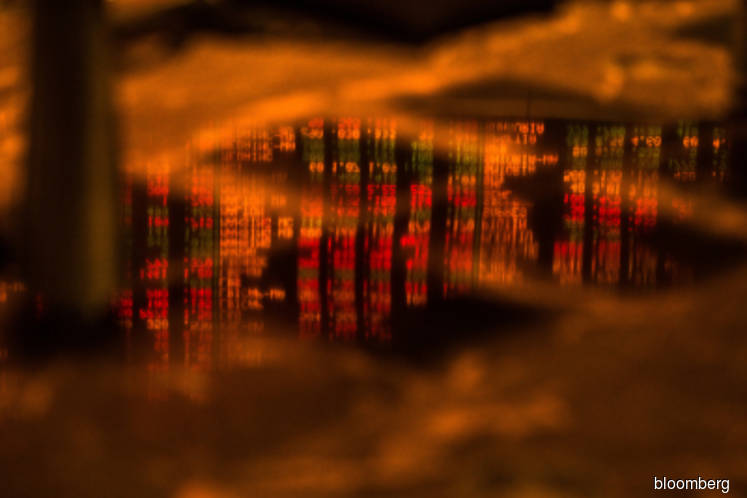 JAKARTA (June 21): The worst streak of losses for Malaysian shares since October is pushing the nation’s benchmark gauge to a so-called technical correction.

The FTSE Bursa Malaysia KLCI Index fell 1% to close at 1,692.32 on Thursday, taking its decline to 11% since a peak two months ago. Down for a ninth straight day, the measure dropped to its lowest level since February 2017.

Malaysian stocks have become some of the world’s worst performers since a record in April. Foreign investors trying to adjust to a new prime minister seeking to shore up the nation’s debt have fled the market, pulling money from equity funds every single day since the start of May. Analysts have cut earnings forecasts, and as a result Malaysia has overtaken South Korea as the Asia Pacific market with the biggest downgrades in profit projections this year.

“The short-term outlook for Malaysian equities will remain tough as the new government is trying to find out the depth of the financial issues,” said Christopher Wong, a senior investment manager for Standard Life Investments in Singapore. “However, I expect things to improve in the medium term.”

Telekom Malaysia Bhd was the biggest decliner in the Malaysian stock gauge on Thursday, sinking 14% amid concerns over a cut in broadband prices. The index’s valuation of 15.7 times estimated earnings for the next year is around its five-year average.

Like Standard Life’s Wong, Danny Wong of Areca Capital is hoping for better days ahead. He expects earnings estimates to pick up in the second half of the year amid new policies on foreign investments and government spending.