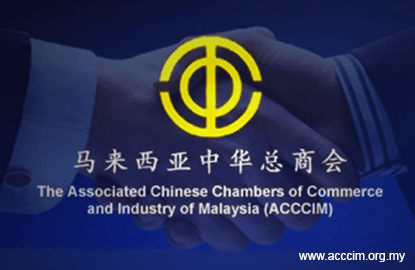 They also called on the government to conduct comprehensive consultations with all stakeholders to discuss the matter.

According to the Associated Chinese Chambers of Commerce and Industry of Malaysia (ACCCIM)'s statistics, the additional cost per year to agriculture (including plantation) stood at RM578.75 million a year, while for plantations alone (involving of 375,565 foreign workers) it was about RM338.12 million a year.

For housing development, ACCCIM estimated the cost of construction is likely to increase by 2% to 3%.

"We are totally surprised and disappointed by the abruptness of this announcement, given that the government has been portraying that it is an inclusive and consultative government," said ACCCIM deputy secretary general Tan Sri Teoh Chang Kok in a joint press conference today.

"The foreign worker levy is not part of the government's revenue and it should in fact be ploughed back to the respective industry," said Teoh, who was expressing his worry that the sudden hike will have adverse impacts on the country's economy.

"This is a bad time to hike the foreign worker levy as the economic slowdown is already straining the operations of many businesses," he added.

He said the sudden hike would detrimentally impact the cost of doing business, which could lead to business failure and would ultimately be passed on to consumers, resulting in price increases.

"A shortage of workers, whether local or foreigner, will have a significant and adverse effect on the economy of the country," he added.

"It has to be recognised that the size of our economy needs some six million foreign workers. The key is to have an efficient and transparent system in place for the management of foreign workers," he said.

Thus, the trade bodies suggested the government to legalise the estimated 3 million to 6 million illegal foreign workers in the country.

"On the basis of a similar RM1,250 on average of the 4 million illegal foreign workers [being] converted to legal workers, the levies collected would amount to RM5 billion," said Teoh. Compared with the proposed hike, this would add RM2.5 billion annually into government's coffer.

"Under the existing economic circumstances, we would suggest that RM2.5 billion of the RM5 billion raised to be assigned to the government and the balance to be reserved for the industries," he added.

The trade bodies also called upon the government to improve the foreign worker management system and eliminate illegal and undocumented foreign worker.

"Currently, the application process to recruit foreign worker is so expensive, convoluted [and] uncertain. Enforcement is poor.

"The process must be undertaken by (the) Home Ministry and not any outsourced parties," he said.

On Sunday, Putrajaya announced that it is restructuring the levy rate system for foreign workers into two categories, which are the manufacturing, construction and service sectors, and the plantation and agriculture industries.

The move, according to Deputy Prime Minister Datuk Seri Ahmad Zahid Hamidi, was expected to bring an extra income of RM2.5 billion into the country.