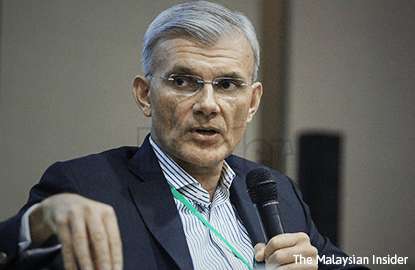 (Dec 2): Malaysia's ability to obtain substantial carveouts from the Trans-Pacific Partnership Agreement (TPPA) to protect its Bumiputera policies was a "disappointment", a trade expert said today.

Dr Razeen Sally, a trade expert and chair in political economy and governance for Institute for Democracy and Economic Affairs (IDEAS), said it was a letdown that TPPA members allowed Malaysia to obtain generous exceptions permitting the country to maintain special policies for its majority.

"It is a pity these carveouts were given. But I hope that is not the end of the story, as improvements can be made on existing commitments," he said during a TPPA briefing in Kuala Lumpur today.

Under the TPPA, Malaysia obtained a carveout in the government procurement chapter with a high threshold of RM380 million.

This means only projects worth more than RM380 million are open to competition.

The carveout also allows the government to maintain the 30% Bumi-equity policy.

Razeen said Malaysia had "exhausted" industrial growth and further growth was only possible with reforms, which have stalled due to "governance issues".

As such, opening up all markets to competition was crucial for the country to progress into a developed country, he said.

However, Razeen said it was still better for Malaysia to be part of the TPPA than not.

"In the long run, the benefit of being in the TPPA is still better than not being in it," he said.

In fact, he said, criticism regarding issues such as the Investor State Dispute Settlement (ISDS), a provision that allows companies to take states to court, and fears over increases in medicine prices were unfair views that bordered on "scaremongering".

"The ISDS is good and there is no question mark there," he said.

He said the ISDS was needed as a last-resort safeguard mechanism for investors as many of the less developed countries had "defective institutions", including the judiciary.

He added that in the case of public health emergencies, countries could ask companies to break drug patterns to bring down drug prices. – The Malaysian Insider