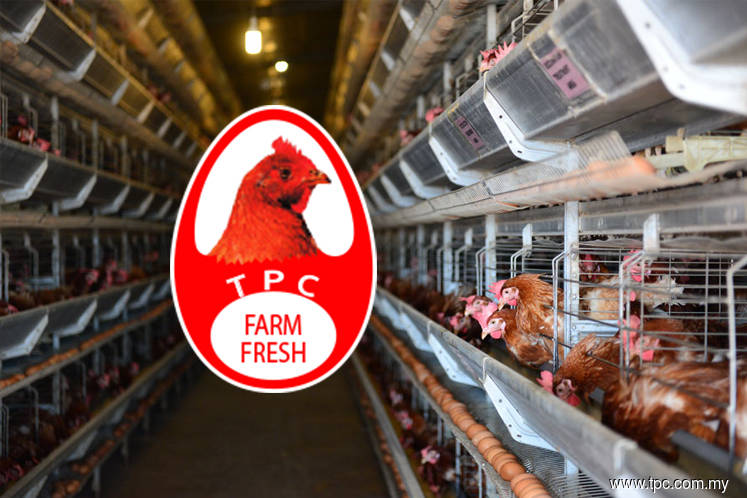 KUALA LUMPUR (Sept 10): Egg producer TPC Plus Bhd is to be charged for infringing the Price Control and Anti-Profiteering Act 2011, as its allegedly increased the markup percentage of its Grade A eggs by nearly 30%.

The company said in an exchange filing today that its wholly-owned subsidiary Teck Ping Chan Agriculture Sdn Bhd (TPCA) received two summonses today, to appear in the magistrate’s court in Melaka on Oct 1.

TPC said it will appoint a solicitor firm to act on TPCA’s behalf on the matter.

“The potential liability, financial and operational impact cannot be determined with certainty at the moment.

“Each of the above offences, if found guilty, is punishable up to RM500,000 for first-time offender and up to RM1 million for a second or subsequent offence,” it added.

TPC, in its latest quarterly earnings announcement, said the group registered a 17% jump in revenue due to a higher number of eggs sold as a result of higher egg production.

It recorded a smaller net loss of RM1.64 million for the quarter, compared with RM5.69 million in the year-ago quarter, on higher average selling prices of eggs.

Shares in lightly-traded TPC closed one sen or 1.52% lower today at 33 sen, for a market capitalisation of RM75.98 million.

The company was three years ago, uplifted from being classified as Practice Note 17 (PN17) company, after it lapsed into the status in March 2014, over losses made and its shareholders' equity falling below 50% of its issued capital.