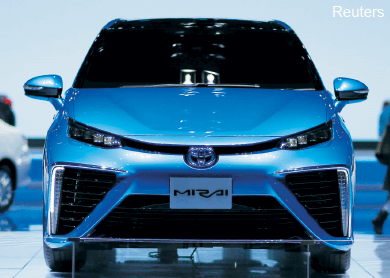 Toyota, the world’s largest automaker, will explore working with Ford on integrating smartphone applications into future vehicles, the two companies said in emailed statements. Ford says its SmartDeviceLink technology allows companies like Pandora Inc to develop apps only once for use in multiple infotainment systems, while also allowing carmakers to control the design of their dashboards.

By exploring a collaboration, Toyota and Ford are showing caution against letting Apple’s CarPlay and Google’s Android Auto dictate the future of in-car entertainment and navigation systems. Dashboards have become a battleground for carmakers as they seek to attract younger customers who demand connectivity features in their rides.

“They’ve put a lot of blood, sweat and tears and a lot of R&D resources into developing their own systems, so how can you then say ‘OK, Google and Apple, come in and take over’?” said Mark Boyadjis, an analyst for IHS Automotive. “The car companies need to be very shrewd with how they integrate things like CarPlay and Android Auto.” — Bloomberg