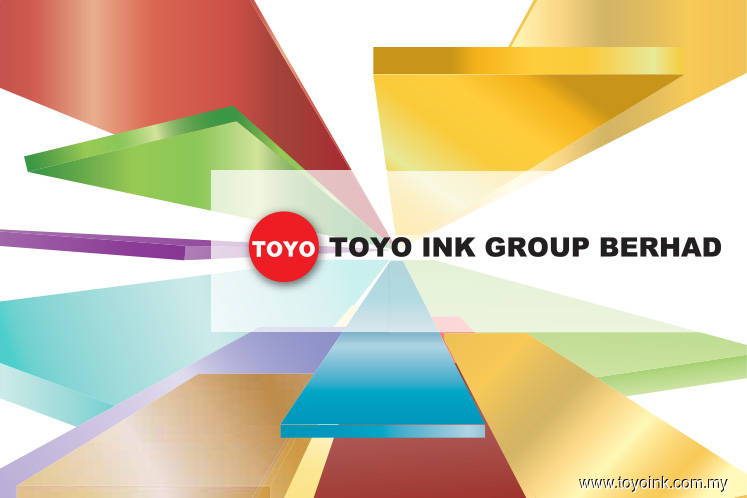 KUALA LUMPUR: Toyo Ink Group Bhd is looking forward to achieve a better performance in its financial year ending March 31, 2019 (FY19) compared with FY18, given that the group has disposed of some of its businesses that were underperforming.

For the first quarter of its FY19 (1QFY19), Toyo Ink’s net profit jumped more than 74 times to RM2.89 million, from RM39,000 last year mainly due to the RM2.3 million gain on disposal for its Shah Alam factory.

“Our profit [excluding the one-off disposal gain] was around RM900,000. For our ink division, we will now concentrate more on inks for the packaging division [to make up for the loss in revenue from the printing division] and we expect positive contributions from our EDM business,” said Song.

As for its power project in Vietnam, Song said the group is looking to finalise the build-operate-transfer contract with the Vietnamese authorities and government agencies.

The Song Hau 2 project, which is a 2x1060mw coal-fired power plant project in Hau Giang, has an estimated project cost of US$3.5 billion (RM14.53 billion), and is expected to generate an annual revenue of about US$800 to US$900 million from the time it is commissioned, which is expected to be in 2025. The concession period for the power plant is 25 years.

“Once the signing of [the required documentation] is done, we will look at raising funding for the project, of which 75% will be raised via bank borrowings and 25% from our own equity,” said Song.

However, the ownership structure for the project has not been finalised as yet.

Up to March 2018, the cost for the project has accumulated to RM341.4 million, which is parked as a deferred expenditure on Toyo Ink’s balance sheet.