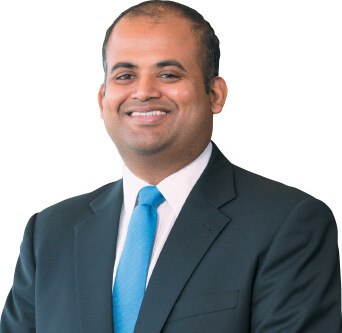 Senthuran: Usually, it would be on a state or city level, where the tax collected via the hotel would be channelled to a tourism fund that is used to develop the industry.

KUALA LUMPUR: A tax expert has called for the tourism tax to be deferred, saying hotels are facing a low occupancy rate and the introduction of the new measure will deal a further blow to them.

“While the [tourism tax] bill has been passed and is waiting for the royal assent, it is still possible for further revision,” said Deloitte Malaysia indirect tax partner Senthuran Elalingam, stressing that the implementation of the law could be deferred even after it is gazetted, to facilitate further consultations.

Last Thursday, Tourism and Culture Minister Datuk Seri Mohamed Nazri Abdul Aziz said the tourism tax will be enforced from July 1, the same date when the registration of operators of accommodation premises begins.

Senthuran said hotels are concerned that they would have to collect the tax from Malaysian tourists as well, as this could drive them away from the hotels.

“Local hotel operators are dealing with an environment of low occupancy rate for the past two years [and] hotel operations would be [further] affected if Malaysians cut down travelling frequency,” he told The Edge Financial Daily.

Senthuran also pointed out that a significant number of hotel operators have yet to register themselves with the tourism and culture ministry.

He said the implementation of the tourism tax would prompt tourists to opt for unregistered hotels that offer cheaper rates.

“Those who are registered may represent only 15% of all the hotels, so the tax would create an uneven level playing field. So what the industry is asking now is more like a dialogue for consultation,” he said.

Senthuran said the hotel industry’s average occupancy rate over the past two years was hovering around 35% to 40%.

Speaking in parliament in April ahead of the passing of the tourism tax, Mohamed Nazri said revenue from the tax would be RM654.62 million assuming a 60% overall occupancy rate in the industry.

As such, said Senthuran, the actual collection may be less than the government’s projection. He also pointed out that it is unusual for a federal government to collect the tax through hotels.

“Usually, it would be on a state or city level, where the tax collected via the hotel would be channelled to a tourism fund that is used to develop the industry,” he said.

“There is similar tax at the federal level in other countries, but it is a tax collected at departure or entry level at the customs, airports or ports [meaning that] the tax is targeted only at foreign tourists,” he added.

The advantage of this, said Senthuran, is lower implementation costs as there are existing facilities available to screen all foreigners at all entry and exit points in the country.

“All they have to do is just add a procedure to collect the tax. If the government wants to collect through the hotel, and the authority will have to review the collection. It will involve a lot of costs to implement,” he said.

The tourism tax, when implemented, will require both domestic and international tourists staying in several types of accommodation — except homestays — to pay the tax.