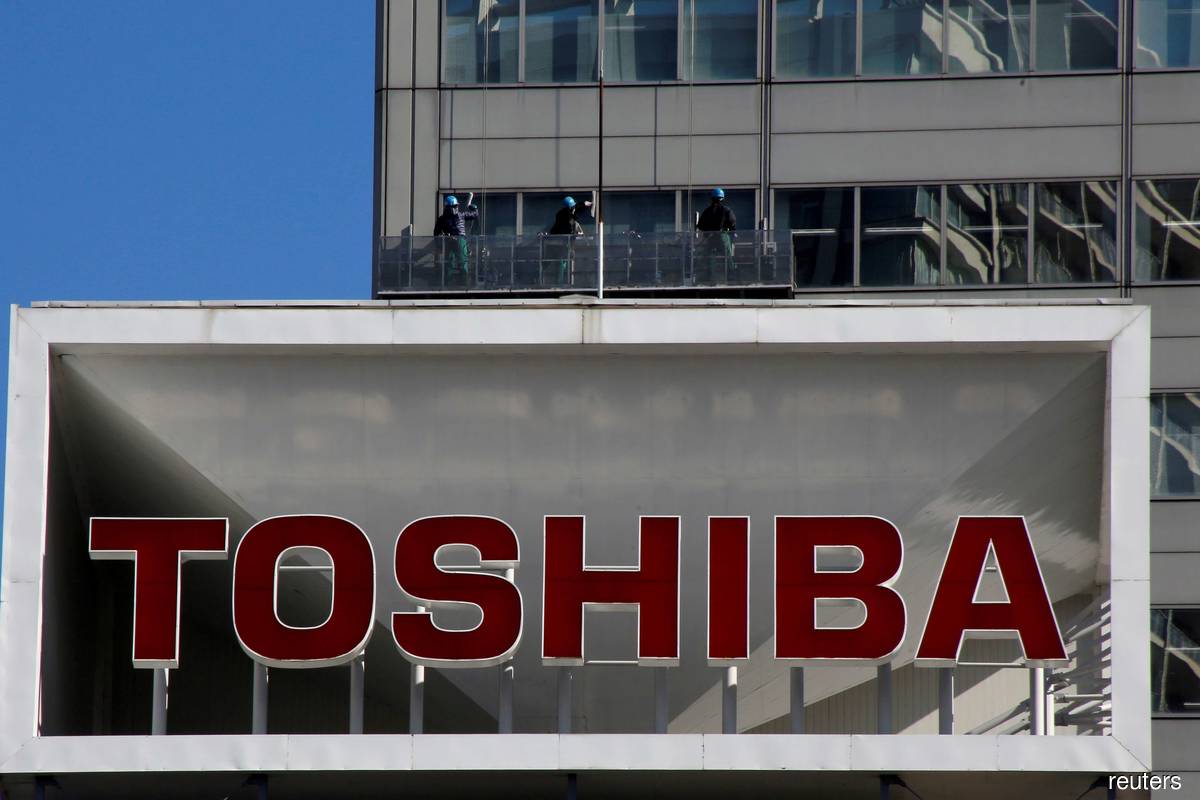 (Oct 11): A disputed meeting of Toshiba Corp. shareholders last year was held properly and a subsequent independent report supported by activist investor Effissimo Capital Management was misleading, said two former executives of the electronics conglomerate who were dropped from the board.

Masayasu Toyohara and Masaharu Kamo said the annual meeting in July 2020 was conducted properly, rejecting the conclusions of a 139-page report by a law firm this year that determined Toshiba had worked with Japan’s trade ministry to prevent shareholders from exercising their rights.

The two former Toshiba vice presidents, speaking jointly in an interview, said they sent a letter to the company outlining their views, aiming to ensure a proper accounting before the results of another probe are due to be issued, possibly as soon as this month.

The dispute between Toshiba and Effissimo, its biggest shareholder, turned into open warfare earlier this year, prompting the exits of the troubled company’s chief executive officer and board chairman. At stake is who will control Toshiba’s future as it considers an outright sale of the business, the sale of a significant minority stake to a private equity buyer, or a break-up.

Toyohara said he spent four hours being interviewed by the independent report’s authors, which consisted of them trying to confirm email exchanges that they found through digital forensics.

“The whole session was to back up a story they wrote ahead of time, rather than try to find what really happened,” Toyohara said. The two former executives said the report failed to present concrete evidence that corporate governance codes or Japanese law was violated.

Toshiba said in a statement its governance committee, set up in August to look into the findings of the independent report, is continuing its review and declined further comment. Takao Nakamura, one of the lawyers involved in the independent investigation, declined to comment.

“The criteria for assessing whether a company’s governance is appropriate is different from those for assessing the violation of laws and regulations,” Effissimo said in a statement through its PR representative. “We believe it sound for each of the shareholders to assess the company’s state of governance, and subsequently exercise voting rights based on such assessment.”

Outside of the boardroom battles, Toshiba has been struggling to get back on stable footing after an accounting scandal, huge losses on a badly managed foray into nuclear power and the sale of its prized memory-chip business. Even so, the dispute between shareholders and management will probably intensify, with another activist investor, Elliott Investment Management, saying last month it has become a “significant investor” in Toshiba.

Activist shareholders, including Effissimo, have a multiyear strategy to control Toshiba’s board, which could lead to the company being forced to sell valuable assets for short-term gains, Toyohara and Kamo said. Shareholders should carefully consider upcoming board nominations to make sure they select directors who will support Toshiba’s long-term growth and contribution to society, the two former executives said.