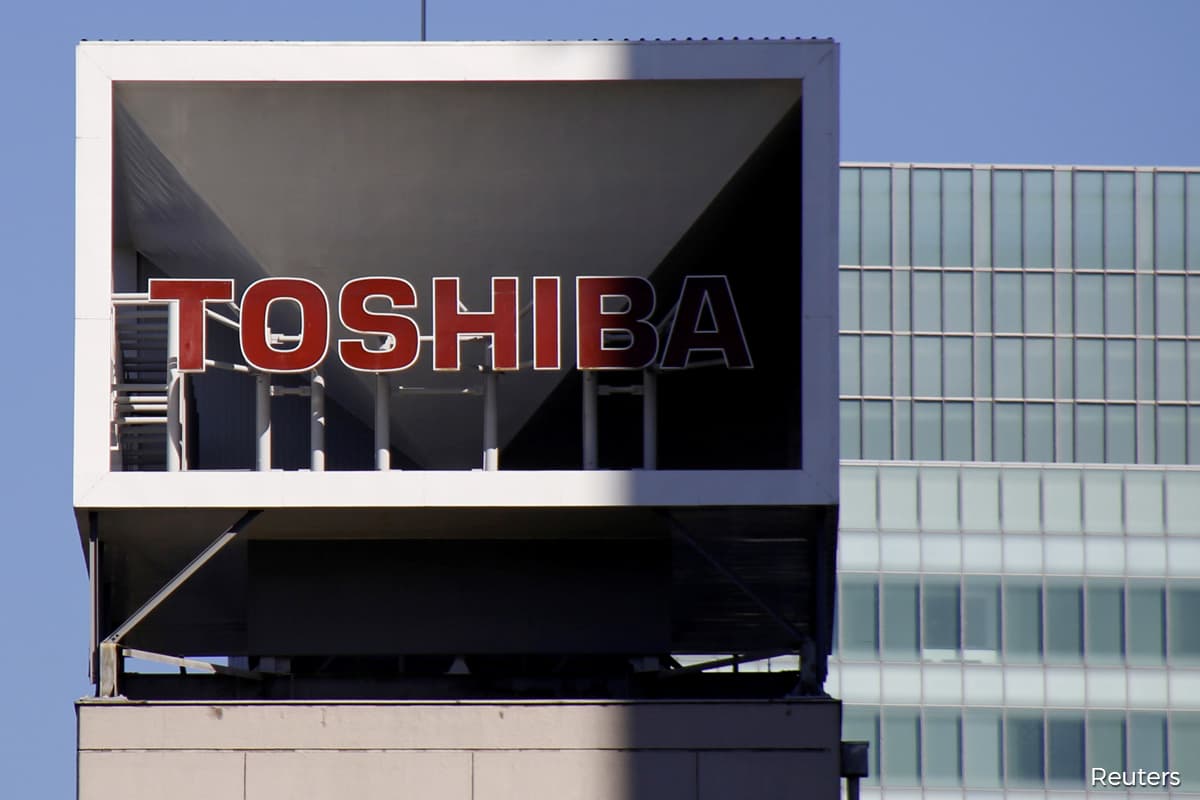 TOKYO (March 18): Toshiba Corp shareholders voted on Thursday in favour of an independent probe into allegations that investors were pressured ahead of last year's annual general meeting — a watershed victory set to spur more shareholder activism in Japan.

The vote marks only the fourth time an activist shareholder motion has won approval in Japan and the first at a major company that is a household name, albeit one sullied by a string of scandals.

It is also notable for the gravity of allegations that emerged after the annual general meeting (AGM). Some Toshiba shareholders had felt pressure to vote in line with management's wishes on director nominations after contact from a government adviser or the trade ministry, sources have previously told Reuters.

Pressure on Toshiba chief executive Nobuaki Kurumatani, who resisted calls for an independent probe, is expected to grow and some investors have said any finding that shareholders were pressured could cost him his job.

The proposal from Singapore-based Effissimo Capital Management, an activist investor and Toshiba's biggest shareholder with a 9.9% stake, was backed by proxy advisers and required a simple majority of votes at Thursday's extraordinary general meeting (EGM) to pass.

A breakdown of the vote results was not immediately disclosed.

"This result shines a very public spotlight on the likelihood that EGMs, which in Japan can be called by a shareholder that has owned only 3% for six months, will probably be used more by activists," said Nicholas Benes, a corporate governance expert and representative director of the Board Director Training Institute of Japan.

The number of activist funds operating in Japan more than doubled in three years to 44 in 2020, according to data from IR Japan Holdings.

Kurumantani said at the EGM that Toshiba had made much effort to reach out to shareholders and listen to their concerns. He later said in a statement the company would sincerely cooperate with the investigation.

Battered by accounting scandals, massive write-downs for its US nuclear business as well as the sale of semiconductor unit, the once-storied conglomerate is a shadow of its former self. Even so, Toshiba is one of the few domestic manufacturers of nuclear reactors and remains hugely important to the Japanese government.

Shares in Toshiba, which has a market value of more than US$15 billion, jumped after the vote results were released but pared some of those gains to close 1.5% higher.

The probe will be conducted by three lawyers approved at the meeting over a period of three months. The findings will also be presented at this year's annual shareholder meeting in June.

Reuters has reported that the Harvard University endowment fund had been told by a Japanese government adviser it could be subject to a regulatory probe if the fund did not follow management's recommendations at last July's AGM.

As a result, the fund abstained from voting and later learnt there was no basis for any probe, sources have said.

The trade ministry also contacted several foreign shareholders ahead of the AGM, people familiar with the matter have said.

Toshiba conducted its own investigation into complaints about last year's AGM and found it was not involved in any effort to pressure the Harvard fund. That probe was criticised as perfunctory and insufficient by shareholders and proxy advisers.

In a statement welcoming the result, Effissimo said independent investigators will have "a broad mandate" to examine last year's AGM, and Toshiba's directors and executives have a legal obligation to cooperate.

Goldman Sachs Group has been Toshiba's activist defence adviser for the EGM and last year's AGM.

Activist investors are estimated to account for about 25% of Toshiba's shareholder base — an unusually large proportion after the company, on the verge of collapse, had to quickly issue some US$5.5 billion worth of shares in 2017.

A second proposal from US hedge fund Farallon Capital Management, Toshiba's second-largest shareholder, that sought changes to its capital policy did not receive sufficient shareholder backing to pass.